Before Pelosi's arrival, thousands of Taiwanese were seen waiting to welcome her. 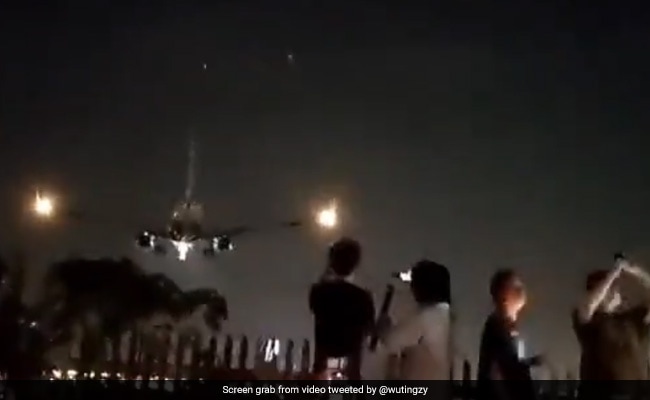 Pelosi is the highest-profile elected US official to visit Taiwan in 25 years.

US House Speaker Nancy Pelosi arrived in Taiwan late on Tuesday, defying warnings from China that have heightened tensions between the two countries.

Before Pelosi's arrival, thousands of Taiwanese were seen waiting to welcome her. Videos and shots on social media show people cheering for Pelosi's jet as it flies overhead before landing Taiwan Taoyuan International Airport.

Hundreds of Taiwanese were also seen outside the airport carrying placards with "Welcome Pelosi" written on them.

Pelosi is the highest-profile elected US official to visit Taiwan in 25 years.

China said it was on "high alert" and would "launch a series of targeted military actions in response" to Pelosi's visit to Taiwan.

Pelosi after arriving said on Wednesday that her delegation had come to Taiwan in "peace for the region".

"We come in friendship to Taiwan, we come in peace to the region," she said during a meeting with the deputy speaker of Taiwan's parliament Tsai Chi-chang.

In response to Pelosi's visit, China summoned the US Ambassador to Beijing Nicholas Burns and warned that Washington "will pay the price".