Watch A Full Moon, Lunar Eclipse And Comet All In One Night 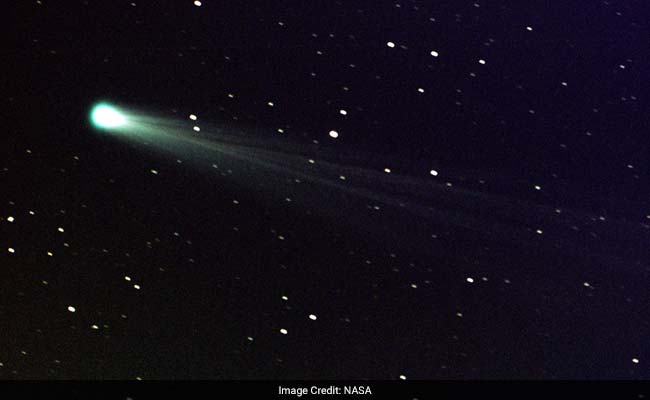 Even if you don't have a telescope or binoculars, there's still away for you to see this comet

Turn Friday evening into a cosmic experience - a full moon, lunar eclipse and the chance to see a pale green comet as it streaks by Earth.

This month's so-called Snow Moon will pass through Earth's outer shadow Friday evening. As it is shaded from the sun's light, it will turn varying shades of gray. Lunar eclipses occur when the Earth is optimally placed between the sun and the moon. With an added dose of serendipity, we're on our planet's primo dark side with front-row seats.

On the East Coast, the full moon climbs above the horizon about 5:30 p.m., just as it enters Earth's penumbral (outer) shadow and - ever so slowly - the lunar disk will start to dim and turn gray. Late afternoon twilight gives way to the evening dark skies. For practical purposes, the Eastern time zone will likely perceive the gray shading about 6:14 p.m., according to Alan MacRobert and Kelly Beatty, senior editors at Sky & Telescope magazine.

By the middle of the eclipse, at 7:44 p.m. Eastern time, the northern third of moon will be a noticeably darker gray, said astronomer Geoff Chester of the U.S. Naval Observatory.

After mid-eclipse, the graying begins to yield to the moon's normal brightness. The moon fully leaves the penumbral shadow at 9:55 p.m.

Comet 45P/Honda-Mrkos-Pajdusakova makes its closest approach to Earth at 10:30 p.m. Eastern. The greenish comet will be visible by telescope and binoculars, but not to the naked eye.

Of course you can still watch, because the folks at slooh.com will be webcasting the eclipse and the comet.

Slooh's live feed from various locations begins at 5:30 p.m. with the lunar eclipse. Experts will weigh in with a play-by-play around 7:30 p.m. during the eclipse maximum. Join astronomers Gerard Monteux and Bob Berman to learn about this seventh-magnitude (not visible with the naked eye) celestial object.

For both live shows, send photos of the eclipse and comet to @Slooh on Twitter for a chance to be featured during the webcast.

This eclipse is a little like deja vu. Yes, you've seen it before - eclipses are dictated by the Saros cycle, where 6,585.3 days slip in between eclipses, according to retired NASA eclipse expert, Fred Espenak. This eclipse series lasts 12 to 15 centuries.

Promoted
Listen to the latest songs, only on JioSaavn.com
The next lunar eclipse in this series is Feb. 22, 2035 - George Washington's 303rd birthday.