The company, one of Tinseltown's "Big Six" film distributors, told city officials on Monday it would put up the entire funding for the "Hollywood Skyway." 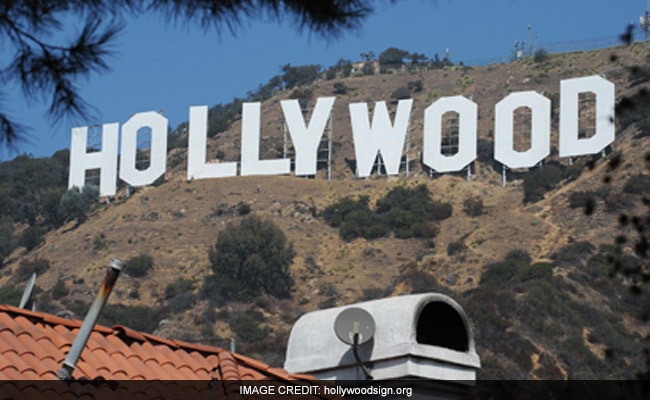 The project is expected to take about five years to complete, including the approvals process.

Warner Bros. has announced plans for a $100 million cable car to take tourists from its studio lot to the iconic Hollywood sign, an area increasingly choked by tourist traffic.

The company, one of Tinseltown's "Big Six" film distributors, told city officials on Monday it would put up the entire funding for the "Hollywood Skyway."

The six-minute ride would extend more than a mile (1.6 kilometers) from Warner's base in Burbank up Mount Lee to a visitor center near the sign, with pathways to a viewing area, according to the Los Angeles Times.

The iconic studio behind "Casablanca" and "Gone with the Wind" didn't respond to AFP's request for comment but circulated a statement saying the project would "reduce street congestion, improve safety, and ease neighborhood frustrations."

"Given our close proximity to the north side of the Hollywood sign, we believe we offer a solution that has the least impact on the environment -- protecting and preserving (nearby) Griffith Park -- and the surrounding residential neighborhoods," the company added.

The area is dotted with housing on all sides and the "aerial tramway" would spare homeowners the annoyance of hikers and traffic coming past their front doors, says Warner.

Locals say ride-hailing services like Uber, combined with ever more sophisticated navigation apps, have made it much easier in recent years to get close to the sign in a car, exacerbating the problem.

The idea has been floated for years but has always hit stumbling blocks. It was resurrected in 2017 by Mayor Eric Garcetti, with a proposal involving the nearby Universal Studios.

The project is expected to take about five years to complete, including the approvals process, if it is approved.

The landmark was erected in 1923 as "Hollywoodland" to advertise a local real estate development.

It has undergone a number of transformations over the years, including in 1987, when pranksters changed it to "Holywood" to mark the visit of Pope John Paul II.

Last year Los Angeles police arrested a local artist suspected of a New Year's Day prank in which he altered the letters to read "Hollyweed."