The breeding had no licence and is in an induced coma at a Prague hospital after receiving an antidote. 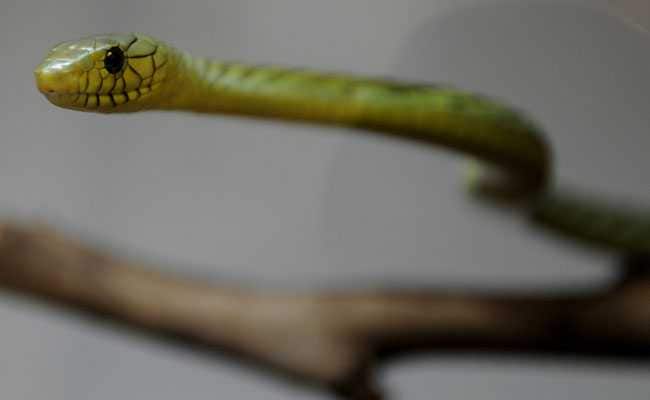 A venomous snake, mamba, is keeping authorities in a Prague town on alert. (Representational)

A green mamba that bit a woman before going into hiding has wreaked havoc on a Prague district -- despite experts saying the snake is probably dead by now.

The mamba bit its breeder, a 30-year-old woman, on Monday, police and media said.

The woman, who had no breeding licence, is in an induced coma at a Prague hospital after receiving an antidote.

Police evacuated her house in the Hlubocepy district in southern Prague while a nearby kindergarten banned children from leaving the premises.

Herpetologists, who said the snake was unlikely to leave the house given the cold weather outside, have set heated traps inside.

But police said that "despite all necessary measures and efforts by the police and experts, the dangerous snake has not been caught yet."

Jokers on social networks have meanwhile renamed the nearby district of Barrandov "Mambarrandov" and depicted a movie poster with Macaulay Culkin's head replaced with that of a green mamba to show the snake was now "Home Alone."

On Friday, police said they would cease the house search and give the snake a break until Saturday to give it more time to creep into one of the traps.

But herpetologist Tomas Bublik suggested it may be too late for the mamba.

"If a snake is hiding in the home, it will be either dead or in a very serious condition because the house is extremely cold," he told reporters.

(Except for the headline, this story has not been edited by NDTV staff and is published from a syndicated feed.)
Comments
MambaMamba SnakeMamba snake bite