US Wants Turkey To Explain Threats To Close Down Military Bases

Turkey's President Recep Tayyip Erdogan on Sunday threatened to close the Incirlik and Kurecik bases while speaking to a pro-government television channel. The two bases sit on Turkey's southwest coast, near the border with Syria. 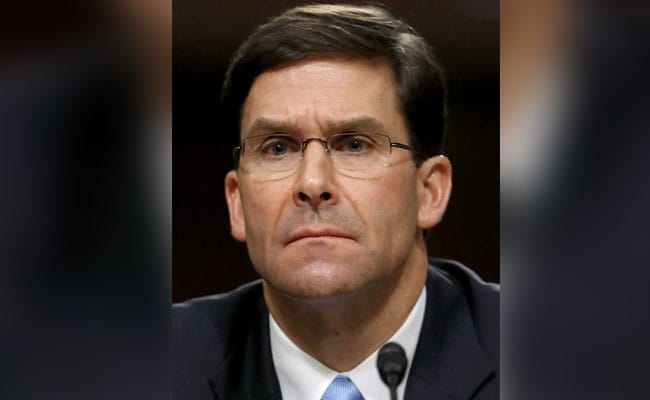 Mark Esper noted he was disappointed by the direction Ankara seems to be taking.

US Defense Secretary Mark Esper said Monday he wants an explanation from Ankara over threats to close two strategic military bases used by the United States in Turkey.

Turkey's President Recep Tayyip Erdogan on Sunday threatened to close the Incirlik and Kurecik bases while speaking to a pro-government television channel. The two bases sit on Turkey's southwest coast, near the border with Syria.

The US air force uses the airbase at Incirlik for raids on positions held by the Islamic State (ISIS) group in Syria. The Kurecik base houses a major NATO radar station.

Mark Esper told reporters he would need to speak to his counterpart, defense minister Hulusi Akar, "to understand what they really mean and how serious they are."

"If the Turks are serious about this, I mean, they are a sovereign nation, to begin with... they have the inherent right to house or not to house NATO bases or foreign troops," Mark Esper said on a plane as he flew back from Belgium, where he had attended the 75th anniversary of the Battle of the Bulge.

"I think this becomes an Alliance's matter, their commitment to the Alliance, if indeed they are serious about what they are saying," he added.

Mark Esper also noted he was disappointed by the direction Ankara seems to be taking, moving away from NATO and getting closer to Russia.

Turkey faces US sanctions over its decision to buy the Russian S-400 missile defense system, despite warnings from Washington.

Tensions also rose when Turkey launched a military incursion into northeastern Syria in October against the Kurds, who were US allies in the fight against ISIS.

The Senate Foreign Affairs Committee last Wednesday adopted a bipartisan bill that sets tough sanctions against Turkey and its leaders over its offensive in Syria and the purchase of the Russian missile system.