US to Refuel Saudi-Led Aircraft in Yemen War: Officials 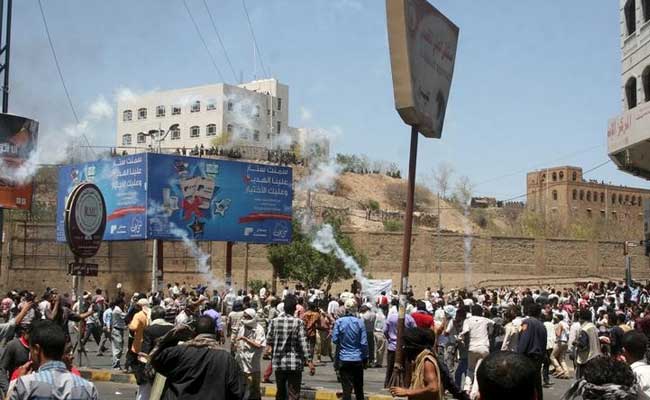 The United States will provide aerial refueling for a Saudi-led campaign in Yemen but is not passing on precise information for air raids, a senior military official said Thursday.

The US military's Central Command (CENTCOM) has been given the green light to deploy refueling tankers for the Saudis and their Gulf partners in the operation, though the refueling will take place outside of Yemen's airspace, the official told reporters.

"We have given CENTCOM the authority to do tanking," said the official, who spoke on condition of anonymity.

The Saudis were expected to reimburse Washington for the refueling flights, which have not yet started, officials said.

President Barack Obama's administration had earlier promised intelligence and logistical support for the Saudi-led intervention in Yemen, where Iran-backed Huthi rebels have advanced deep into the southern city of Aden.

The United States was delivering intelligence from surveillance satellites and aircraft to help the Saudis monitor their border and to track the location of Huthi rebel forces as they push south, the official said.

The intelligence was helping create "a battlefield picture" of where the Huthis were deployed and to enable the Saudi-led aircraft to avoid causing civilian casualties, the official said.

"We're helping the Saudis understand what's happening on their border," the official said. "They're looking for evidence of any Huthi ground incursions."

The Huthis are "poised above Aden and we're trying to help the Saudis build a picture of that," the official said.

"But we're not providing them with targeting information."

Rights groups have voiced dismay at accounts of civilian casualties from the air raids. Dozens were killed in an air strike on a camp for displaced people and in a raid that struck a dairy.

Officials in Washington insist the United States is not relaying coordinates for particular strikes but only broader intelligence.

Although the Saudis had reinforced their border, they did not appear on the verge of a ground invasion of Yemen, the official said.

"I don't think they're going to do that. They're arraying their forces along their border to prevent a Huthi incursion," he said.

The official's comments came as Saudi Arabia announced its first casualties since starting the air offensive, with one soldier killed and 10 more wounded by gunfire from across the Yemeni border.

The Saudi-led coalition's campaign, dubbed Operation Decisive Storm, was launched a week ago against positions held by Shiite rebels and their allies across the country.

As violence mounted in Yemen, it was possible Iran would "seek to establish an air bridge and a maritime bridge to support the Huthis," the official said, citing Tehran's links to the rebels.

The Saudis recognize the need to stop the flow of weapons into Yemen, the official said, "but they haven't figured out what to do about that yet."

Before the latest chaos erupted, Yemen had been a crucial US ally in the fight against Al-Qaeda, enabling the Americans to conduct drone strikes on its territory against militants.

The collapse of the government in Yemen in the face of the Huthi rebels' advance forced the United States to close its embassy and withdraw US special operations forces that were helping Yemeni government forces battle Al-Qaeda in the Arabian Peninsula (AQAP).

As a result of the US pull out from Yemen, "our capability is diminished" against AQAP, the official said.

Promoted
Listen to the latest songs, only on JioSaavn.com
US intelligence agencies view AQAP as the most dangerous branch of Al-Qaeda, as the group has attempted to blow up airliners bound for the United States.

However, the threat posed by AQAP has not increased due to the crisis in Yemen because the group now is focused on countering its Huthi adversaries, the official said.