US Separating Children From Parents Is "Unconscionable": UN Rights Chief

The government has said that during one recent six-week period nearly 2,000 minors were separated from their parents or adult guardians. 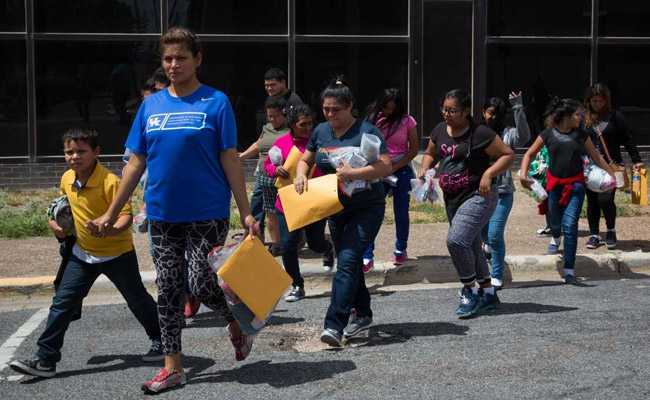 The number of separations of immigrant children from parents has jumped since early May. (AFP)

Geneva: The UN human rights chief on Monday urged Washington to stop separating migrant children from their parents at the US border, describing the policy as "unconscionable".

"The thought that any state would seek to deter parents by inflicting such abuse on children is unconscionable," Zeid Ra'ad Al Hussein said as he opened a session of the UN Human Rights Council in Geneva.

The government has said that during one recent six-week period nearly 2,000 minors were separated from their parents or adult guardians.

The number of separations has jumped since early May, when Attorney General Jeff Sessions announced that all migrants illegally crossing the US border with Mexico would be arrested, regardless of whether the adults were seeking asylum.

Since children cannot be sent to the facilities where their parents are held, they are separated.

Zeid quoted the American Association of Pediatrics as describing the practice as "government-sanctioned child abuse" which may cause "irreparable harm," with "lifelong consequences".

"I call on the United States to immediately end the practice of forcible separation of these children," he said, urging Washington to ratify the Convention of the Rights of the Child.

The US is the only country that has not ratified the convention.

Ratification, Zeid said, would "ensure that the fundamental rights of all children, whatever their administrative status, will be at the centre of all domestic laws and policies."

Zeid's address at the start of the 38th session of the UN Human Rights Council marks his last address to the body before he is due to step down at the end of August.

Promoted
Listen to the latest songs, only on JioSaavn.com
The session kicked off under a cloud of growing US criticism of the council. Diplomatic sources said there was a risk that Washington may withdraw from the council altogether.

(Except for the headline, this story has not been edited by NDTV staff and is published from a syndicated feed.)
Comments
US Immigration PolicyDonald TrumpUN Human Rights Council