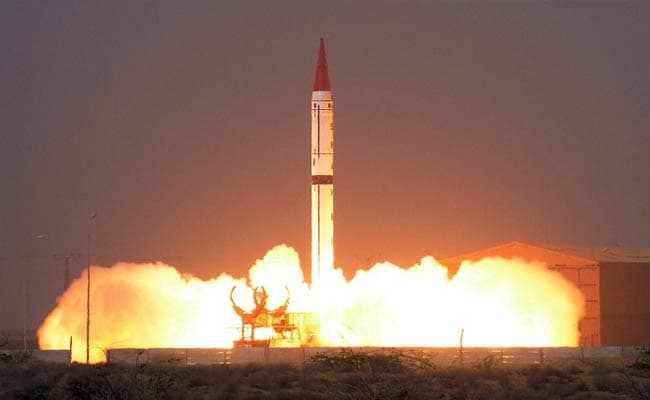 Islamabad: The US has slapped sanctions on seven Pakistani entities associated with the country's missile programme, a media report said today.

An official notification by the US Department of Commerce said that the entities added to the Export Administration Regulations (EAR) list "have been determined by the US government to be acting contrary to the national security or foreign policy interests of the US," Dawn reported.

All seven have been placed on the entity list under the destination of Pakistan.

Pakistan has always denied any wrongdoing in connection with its nuclear or missile programme, and the paper said it was unable to verify if the names and addresses given were correct or in any way linked to the country's missile programme.

According to the notification, the US government determined that there was reasonable cause to believe, based on specific and articulable facts, that these "government, parastatal, and private entities in Pakistan are determined to be involved in activities that are contrary to the national security and/or foreign policy of the United States".

The conduct of these seven entities "raises sufficient concern that prior review of exports, re-exports or transfers (in-country) of items subject to the EAR involving these persons, and the possible imposition of licence conditions or licence denials on shipments to the persons, will enhance (the department's) ability to prevent violations of the EAR".

The placement on the list imposes a licence requirement for all items subject to the EAR and a licence review policy of presumption of denial.

The licence requirements apply to any transaction in which items are to be exported, re-exported, or transferred (in-country) to any of the entities or in which such entities act as purchaser, intermediate consignee, ultimate consignee, or end-user.

In addition, no licence exceptions are available for exports, re-exports, or transfers (in-country) to the persons being added to the entity list in this rule.

Promoted
Listen to the latest songs, only on JioSaavn.com
The restrictions will also apply to acronym used by these entities to help exporters, re-exporters and transferors.