"There has never been a greater betrayal by a president of the United States of his office and his oath to the Constitution," Liz Cheney said, confirming she would vote to impeach her fellow Republican. 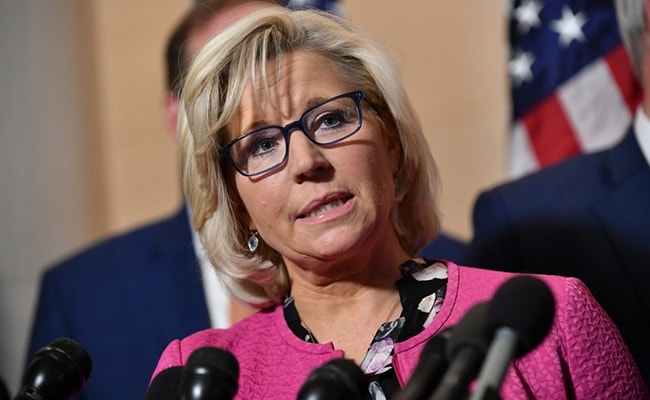 US Congresswoman Liz Cheney announced Tuesday that she planned to vote to impeach President Donald Trump after the ransacking of the US Capitol by his supporters, the biggest defection yet in his Republican Party.

"There has never been a greater betrayal by a president of the United States of his office and his oath to the Constitution," Cheney said, confirming she would vote to impeach her fellow Republican.

"This insurrection caused injury, death and destruction in the most sacred space in our republic," Cheney, who is the third most senior Republican in the House, said in a statement.

Cheney's announcement marks the first time since Richard Nixon's resignation in 1974 that a leader of the president's own party has backed impeachment.

No Republican House member voted for Trump's first impeachment in December 2019 and only one of the party's senators, Mitt Romney, voted to convict him over his holding up of aid to press Ukraine to dig up dirt on now President-elect Joe Biden.

Cheney's statement came amid reports that Senate Republican leader Mitch McConnell -- a crucial ally of Trump over four years who defended him last time -- was not opposed to impeachment.

The New York Times, quoting unnamed sources said to be close to McConnell, said the outgoing Senate majority leader was pleased that Democrats were taking up impeachment but would wait to see the specific language from the House.

The Times and CNN said McConnell believed impeachment could rid the party of the influence of Trump, whom he blamed for two Senate runoff losses a week ago in Georgia that cost the Republicans their majority.

McConnell, seen as a partisan Republican but also a defender of Senate tradition, spoke forcefully last week against Trump's pressure on Congress to overturn the will of the voters when certifying Biden's victory.

Trump on Tuesday was unrepetant, denying responsibility for the violence by his supporters that led to five deaths.