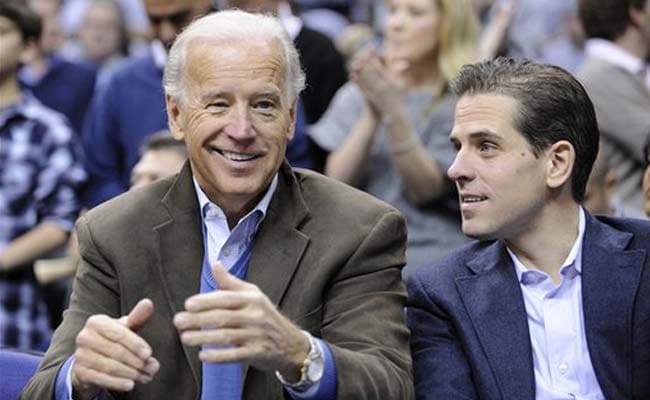 Washington: Vice President Joe Biden's son was discharged this year from the US Navy reserve after testing positive for cocaine, a US official confirmed to AFP on Thursday.

Hunter Biden, 44, had been a reserve officer starting in 2012 but failed the drug test last year, said the official familiar with the case, who spoke on condition of anonymity.

In a statement, the vice president's younger son acknowledged his discharge and expressed regret.

"It was the honor of my life to serve in the US Navy, and I deeply regret and am embarrassed that my actions led to my administrative discharge," he said in the statement, issued through his lawyer.

"I respect the Navy's decision. With the love and support of my family, I'm moving forward."

There was no public response from the vice president's office.
Hunter Biden, who held the rank of ensign, had been selected for a commission in 2012 and assigned to a unit in Norfolk, Virginia to work in public affairs. He was discharged from the naval reserves in February 2014, according to a US Navy spokesman.

The details of Biden's discharge could not be released under the provisions of privacy law, Commander Ryan Perry said in an email.

The expulsion was first reported by the Wall Street Journal.

Biden had been 42 when he applied for his commission in the reserves, and because of his age he had to obtain a waiver.

The Wall Street Journal reported that he needed a second waiver because of a drug-related charge that he received when he was younger, which officials say is not uncommon.

The news of Hunter Biden's discharge follows a series of embarrassing incidents for the US vice president, who recently had to apologize to Turkey and the United Arab Emirates after he said they had financed Sunni jihadists.

Promoted
Listen to the latest songs, only on JioSaavn.com
The vice president's other son, Beau, is the attorney general of Delaware, where he is standing as a candidate for governor. Beau Biden is a major in the Delaware National Guard.