US Man Sent 8 Frantic Text Messages As Killer Closed In. It Wasn't Enough.

Their assailant, chief trial counsel John Pappas said, was Bampumim Teixeira, who briefly worked as a security guard at the Dorchester Avenue building. 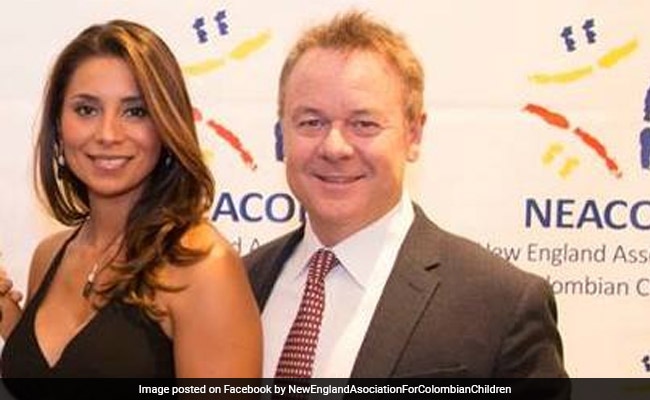 In the moments before his death, Richard Field sent eight desperate text messages.

The messages that followed said:

Heidenreich, a friend of Field and his fiance, Lina Bolanos, returned home from CVS to find them waiting, unread, on his phone. By then, though, it was too late.

"I was confused for the first minutes," Heidenreich, a scientist for Vertex Pharmaceuticals, testified in Suffolk County Superior Court Friday, "At some point, I realized what it could mean."

When Field didn't respond, Heidenreich and his girlfriend called the concierge at Macallen Building, where the doctors lived, before taking an Uber to their South Boston apartment, the Boston Herald reported. Police officers beat them to the scene.

Field's body laid crumpled in a pool of his own blood when police found him on May 5, 2017, with his arms bound behind his back. Bolanos had been stabbed to death several feet away, in another bedroom in their penthouse.

Their assailant, chief trial counsel John Pappas said in his opening statement Thursday, was Bampumim Teixeira, who briefly worked as a security guard at the Dorchester Avenue building.

When officers arrived at the scene on May 5, around 8:40 p.m., Teixeira started shooting at them. Police returned fire and struck the 32-year-old from Chelsea, Massachusetts, who was taken into custody and treated at a hospital. Authorities recovered a carving knife and bag filled with Bolanos' jewelry inside the apartment.

A grand jury indicted him on two counts each of first-degree murder, armed robbery, and kidnapping, and one count of armed home invasion. If convicted, he faces life in prison without the possibility of parole.

In the first days of the double-murder trial, jurors heard testimony from witnesses including Field's brother and the doctors' next-door neighbor, who heard gunshots and called 911. According to the Herald, the operator told her officers were already dispatched. They had received several hang-up emergency calls from the victims' apartment.

Jurors also heard from the property manager who testified about the building's security procedures. CBS News reported that the Field and Bolanos families filed a wrongful death lawsuit against the building alleging a lapse in security.