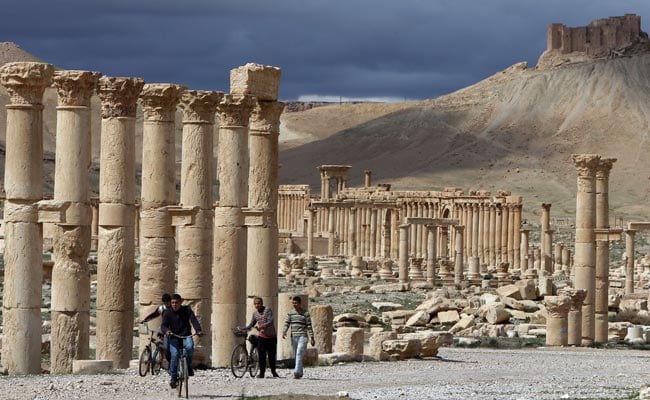 Carter told CNN on Sunday that Iraqi forces showed no will to battle against Islamic State militants during the fall of Ramadi a week ago, and US forces were trying to encourage them to engage more directly.

His remarks drew a rebuke from Abadi, with whom President Barack Obama has sought to build a positive relationship despite tension over the US role in the country.

Biden's call was an effort to patch things up after Carter's remarks.

"The vice president recognized the enormous sacrifice and bravery of Iraqi forces over the past eighteen months in Ramadi and elsewhere," the White House said in a statement.

A senior administration official said Carter's mention of a lack of will was a reference specifically to the Ramadi retreat, which followed a wave of suicide bombings and what the Iraqi government has acknowledged were breakdowns in military command and planning.

"The Iraqis have suffered setbacks before and were able to retake territory from ISIL, such as in Baghdadi in western Anbar," said the official, referring to the militant group by an acronym.

"The United States will continue to support these efforts, and do all we can to help the brave Iraqi forces, including the tribes of Anbar, secure the province from ISIL terrorists."

In his comments to CNN on Sunday, Carter knocked Iraqi forces for being unsuccessful in holding Ramadi despite being more numerous than the militants.

"The Iraqi forces just showed no will to fight," he told CNN's "State of the Union" program. "They vastly outnumbered the opposing force and yet they withdrew from the site."

Abadi, in an interview with the BBC, refuted Carter's characterization.

"(Carter) was very supportive of Iraq and I am sure he was fed with the wrong information," Abadi said, according to the BBC website.

Abadi said Iraqi forces would take back Ramadi "in days" despite being faced with attacks from Islamic State militants using "armored trucks packed with explosives."

Biden, in his conciliatory call, made specific reference to that tactic.

"The vice president pledged full US support in ... Iraqi efforts to liberate territory from ISIL, including the expedited provision of US training and equipment to address the threat posed by ISIL's use of truck bombs," the statement said.

The US military currently has 3,040 US personnel in Iraq, including 2,240 providing support to the Iraqi security forces through logistics, training, advising and other mission-support activities. About 800 of the total number of US troops are there to protect US personnel and facilities, according to US Central Command.

Paul Scharre, a former Army Ranger and senior fellow at the Center for a New American Security, said Carter's comments were "impolitic but true" and reflected acknowledgement of a need for a shift in US strategy.

"Carter's remarks suggest that at least internally, the White House is aware that they need to make some changes," Scharre said. "I just don't see them sending a large number of US troops back into Iraq."

Promoted
Listen to the latest songs, only on JioSaavn.com
Obama, who has made winding down the US wars in Iraq and Afghanistan a major part of his legacy, is reluctant to send troops back to Baghdad.

On Monday, he heralded the US Memorial Day holiday as the first in 14 years in which the United States was not involved in a major ground war.
© Thomson Reuters 2015