US Representative Bonnie Watson Coleman's office said "she believes she was exposed during protective isolation in the US Capitol building as a result of insurrectionist riots." 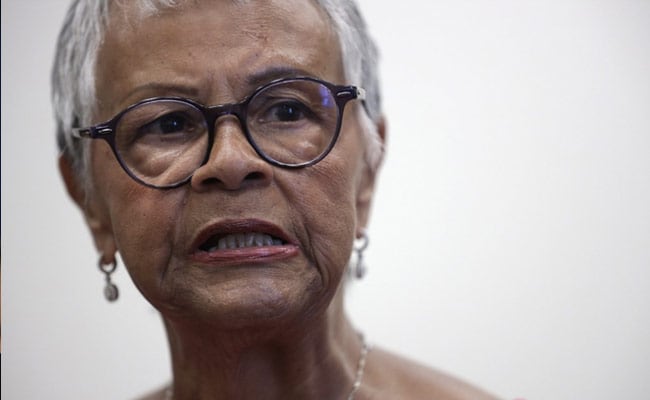 Representative Bonnie Watson Coleman is home resting for now and has mild symptoms.

A Democratic member of the US House of Representatives said Monday she had tested positive for Covid-19 after sheltering during the violent storming of the Capitol with several other lawmakers who declined to wear masks.

"I received a positive test result for Covid-19, and am home resting at this time," Representative Bonnie Watson Coleman of New Jersey said in a statement.

"While I am experiencing mild, cold-like symptoms, I remain in good spirits and will continue to work on behalf of my constituents," the 75-year-old Watson Coleman said.

Watson Coleman's office said "she believes she was exposed during protective isolation in the US Capitol building as a result of insurrectionist riots."

"As reported by multiple news outlets, a number of members within the space ignored instructions to wear masks," it said.

Several conservative Republican lawmakers were seen in footage released online declining an offer to put on masks while they were sheltering in a committee room from the rioters.

Asked on Monday about their behavior, President-elect Joe Biden said "I think it's irresponsible."

Biden, who is to take office on January 20, made the remarks to reporters while receiving his second vaccination on Monday in Wilmington, Delaware.

Watson Coleman's office said she had previously received the first dose of the Pfizer/BioNTech Covid-19 vaccine.

"To our colleagues who put everyone around them at risk with their appalling refusal to follow public health guidelines, this has to stop immediately," Beyer said.

US lawmakers were locked down for several hours in the Capitol after it was stormed by a mob of supporters of President Donald Trump who were seeking to disrupt the certification of Biden's election victory.

The Office of the Attending Physician of Congress issued a warning on Sunday that some lawmakers may have been exposed to the coronavirus, which has left more than 374,500 people dead in the United States.

Cash For Covid? UK Says No Decision On Reported Plan For Positive Tests