In a statement, the US State Department acknowledged Wednesday's election results, which saw cricket star Imran Khan win the vote in an outcome rejected by Pakistan's main parties. 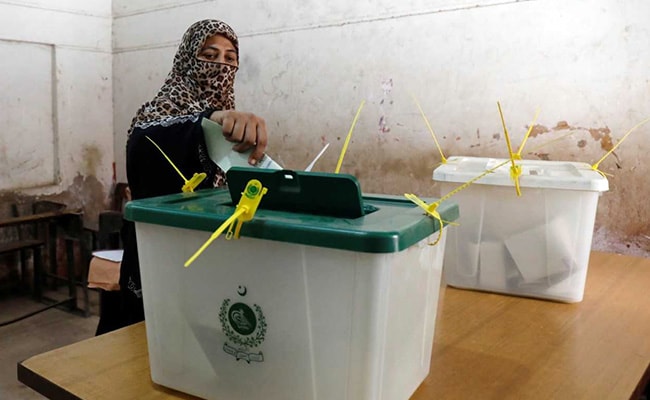 The United States said Friday it was concerned about "flaws" in Pakistan's pre-electoral process, but said it was nonetheless ready to work with the new government.

In a statement, the US State Department acknowledged Wednesday's election results, which saw cricket star Imran Khan win the vote in an outcome rejected by Pakistan's main parties.

However, spokeswoman Heather Nauert said: "The United States shares concerns about flaws in the pre-voting electoral process, as expressed by the Human Rights Commission of Pakistan."

Those flaws included "constraints placed on freedoms of expression and association during the campaign period that were at odds with Pakistani authorities' stated goal of a fully fair and transparent election," she added.

Nauert said Washington agreed with the European Union's observation that "positive changes to the legal framework for elections in Pakistan" were eclipsed by "restrictions on freedom of expression and unequal campaign opportunities."

The US also expressed "deep reservations over the participation of terrorist-affiliated individuals in the elections," but praised Pakistani voters "for fully rejecting these candidates."

Nauert added the US would seek opportunities to work with Pakistan's new government to "advance our goals of security, stability and prosperity in South Asia," but did not reference the winners by name.

The US regularly criticizes Pakistan for doing too little to tackle the Taliban and accuses the government of offering refuge to terrorists, which it says fuels the conflict in neighboring Afghanistan.

(Except for the headline, this story has not been edited by NDTV staff and is published from a syndicated feed.)
Comments
Pakistan ElectionUS State Department