Up to $1.1 Billion Cost for Iraq, Syria Military Operations: Pentagon 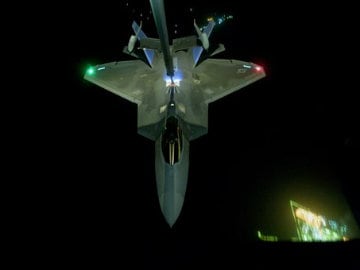 Washington: The Pentagon has spent as much as $1.1 billion on US military operations against Islamic State militants in Iraq and Syria since the mission began in mid-June, including more than $62 million alone in Navy airstrikes and Tomahawk cruise missiles.

US Central Command, in data released on Monday, said that the Navy has dropped roughly 185 munitions, including 47 cruise missiles launched from ships in the region. Central Command said Air Force fighter jets have far exceeded those numbers, launching close to 1,000 munitions. The data released on Monday broke out the $62 million spent on Navy munitions, but provided no cost estimates for Air Force munitions.

The bulk of the Navy costs were for the 47 Tomahawk cruise missiles fired by American warships in the Persian Gulf and the Red Sea that targeted the Khorasan Group, an al Qaeda cell, in eight locations west of the city of Aleppo in Syria. The group was said to be plotting imminent attacks on American and Western interests, and it was one of the key targets two weeks ago when the US first began airstrikes into Syria.


The Pentagon has struggled to come up with specific cost figures for the Iraq and Syria operations. Officials say it has cost an average of $7 million to $10 million daily since June.

The costs of the operations began at a much lower rate in June then escalated as airstrikes began in northern Iraq on August 8. In late August, the Pentagon said the cost was an average of $7.5 million daily. The airstrikes were expanded to Syria in September, prompting the latest, higher average estimates.

Promoted
Listen to the latest songs, only on JioSaavn.com
There are currently more than 1,300 US troops in Iraq, including security personnel, staff at two joint operations centers in Baghdad and Irbil, and advisory teams that are working with Iraqi brigades and headquarters units.