Undeterred By Death Of "Rooftopper", In Pursuit Of The Perfect Photo

The pursuit of the perfect photo became even more complicated at the end of 2017 when a young Chinese "rooftopper" fell, plunging 62 storeys to his death. 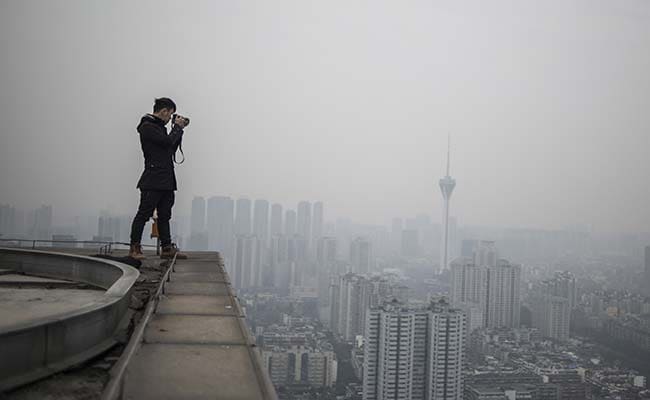 Photographer Yan Lei continues his passion for capturing cityscapes after falling from 62 storeys.

Chengdu, China: Yan Lei stands near the edge of a skyscraper as his camera pans out to capture a southwestern Chinese city's landscape an activity he won't stop despite the recent fatal fall of a more daring "rooftopper".

The illicit journey above Chengdu saw him race up the building's stairwell armed with a torch, finally reaching a ladder to take him to his stunning lookout.

In seven years, he has taken countless photos of Chinese cities like this one, often at night.

"At first it was easy, there weren't many of us. But with digital SLR cameras being affordable now in China it has become more difficult. Everyone has the equipment," he said.

"Now you have to know someone who can help you get in (to the buildings)."

The pursuit of the perfect photo became even more complicated at the end of 2017 when a young Chinese "rooftopper" fell, plunging 62 storeys to his death.

Climber Wu Yongning, a social media star, regularly posted videos or selfies of himself dangling from skyscrapers, without any safety equipment. 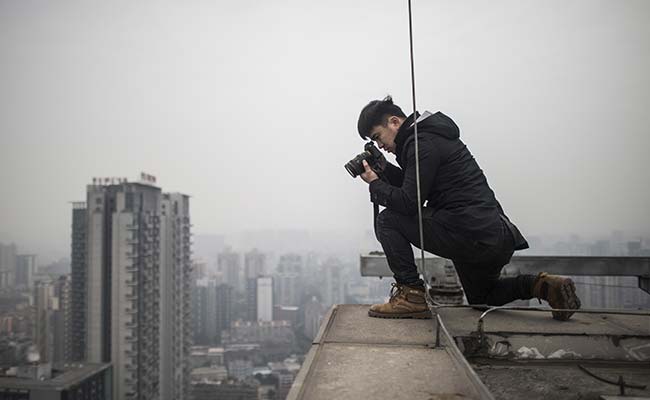 During his final performance, which he filmed on his mobile phone, the daredevil can be seen doing pull-ups on the edge of a building, before he runs out of strength and finally lets go.

"This incident had a big impact on us because unfortunately many people confused us with them," said Yan, who said he was "totally opposed" to extreme stunts.

"We are trying to record the change happening in developing cities. They, on the other hand, are doing spectacular and dangerous stunts. Because of them, many places are now reluctant to let us photograph," he said.

But Yan still continues to indulge his passion for capturing cityscapes, particularly in Shanghai, his favourite of all of China's metropolises.

With a population of 20 million, the eastern city boasts countless skyscrapers, giant luminous signs and an urban landscape of steel and glass.

Promoted
Listen to the latest songs, only on JioSaavn.com
"But safety will always be my first concern," he said.

(Except for the headline, this story has not been edited by NDTV staff and is published from a syndicated feed.)
Comments
ChinaphotographerPhotography