In a separate statement, Antonio Guterres also congratulated Washington for rejoining the World Health Organization as one of Biden's first actions as president. 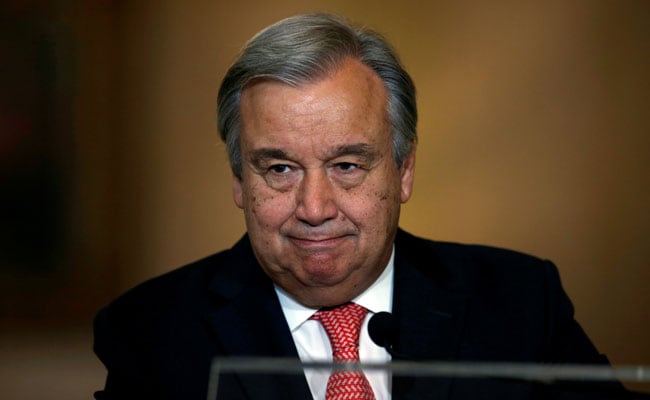 Supporting the WHO is key to coordinating the global struggle against the Covid: Antonio Guterres

UN Secretary-General Antonio Guterres on Wednesday welcomed US President Joe Biden's decision to rejoin the Paris climate accord, but called on him to adopt an "ambitious" plan to fight global warming.

"I warmly welcome President Biden's steps to re-enter the Paris Agreement on Climate Change and join the growing coalition of governments, cities, states, businesses and people taking ambitious action to confront the climate crisis," Guterres said in a statement.

"We look forward to the leadership of United States in accelerating global efforts towards net zero, including by bringing forward a new nationally determined contribution with ambitious 2030 targets and climate finance in advance of COP26 in Glasgow later this year."

Guterres emphasized that the climate crisis "continues to worsen and time is running out to limit temperature rise to 1.5 degrees Celsius and build more climate-resilient societies that help to protect the most vulnerable."

In a separate statement, Guterres also congratulated Washington for rejoining the World Health Organization as one of Biden's first actions as president.

Supporting the WHO is key to coordinating the global struggle against the Covid-19 pandemic, Guterres said.

"Blood On Your Hands" If World Steps Back On Tackling Covid Now: WHO