"The second round of talks is over. Unfortunately, Ukraine does not have the results it needs yet," Ukrainian presidential advisor Mykhailo Podolyak said on Twitter. 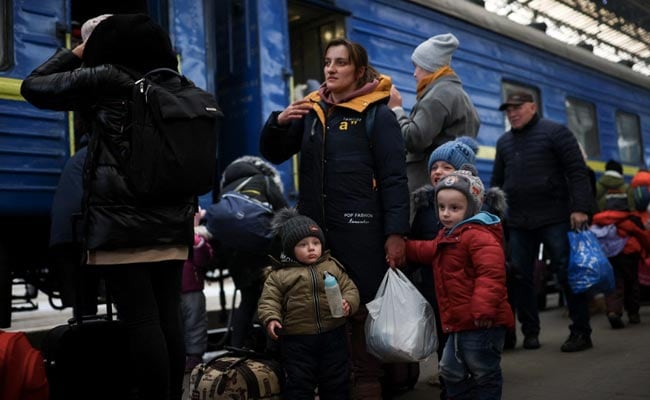 There are decisions only on the organisation of humanitarian corridors, Ukraine said (File)

Ukraine and Russia agreed to create humanitarian corridors to evacuate civilians on Thursday, in a second round of talks since Moscow invaded last week, negotiators on both sides said.

"The second round of talks is over. Unfortunately, Ukraine does not have the results it needs yet. There are decisions only on the organisation of humanitarian corridors," Ukrainian presidential advisor Mykhailo Podolyak said on Twitter.

The talks between the Russian and Ukrainian officials took place on the Poland-Belarus border on the eighth day of Russia's invasion of Ukraine.

Russian negotiators confirmed that both sides had agreed to creating a way out for civilians.

"The main question that we decided on today was the issue of saving people, civilians, who are in the zone of military clashes," Russia's main negotiator and former culture minister Vladimir Medinsky said.

"Russia calls on civilians who find themselves in this situation, if military actions continue, to use these humanitarian corridors," he said.

Another Russian negotiator, nationalist lawmaker Leonid Slutsky, said the agreements will be "implemented in the near future."

Ukraine says at least 350 civilians have been killed since President Vladimir Putin launched an attack on Ukraine last week.

Moscow claims it does not target civilian areas, despite widespread evidence otherwise.