UK Woman Couldn't Find A Dentist, So She Pulled Out 13 Of Her Own Teeth: Report 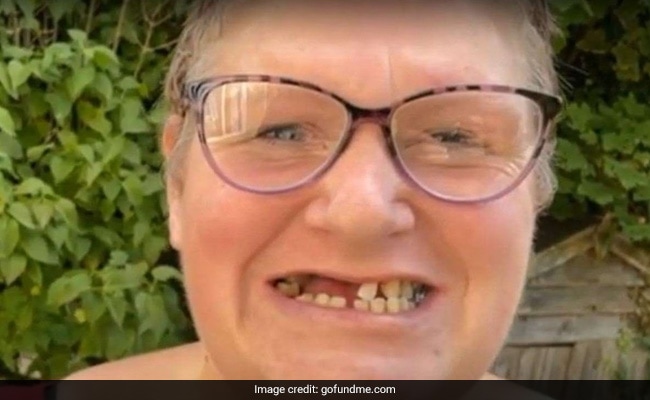 Ms Watt has now 14 teeth in total out of which she needs to get removed eight of them.

A woman in United Kingdom had to take out 13 of her own teeth when she couldn't locate a local National Health Service (NHS) dentist to do the treatment, according to a report from Daily Star.

The 42-year-old woman named Danielle Watts suffers from a chronic gum disease and became helpless after she couldn't find a local NHS dentist and her local one closed seven years ago. She couldn't afford a private treatment.

Ms Watt, who is a native from Bury St Edmunds, Suffolk has now 14 teeth in total out of which she needs to get removed eight of them so that she can have dentures fitted. According to Daily Star, she said that she often avoids smiling to hide the gaps in her teeth.

"I live with this every day. I take painkillers, I go to work, I look after my kids and I deal with shutting my smiles down - I hate talking to people, even people I know," she said.

Ms Watt's story became popular on social media after she talked to the local media outlets, which helped get the word out there and promote awareness.

"I would really love to make this (dental work) happen for her. She would never ask as she is a humble lady and wouldn't like to, so I am," the councillor said.

After receiving £1,000 (approximately $1,200) from a member to pay for the extractions, she said she "felt a little bit tearful" at the "overwhelming" community response.

"To have people I don't even know get a gist of what I'm going through it starts to get a little overwhelming," she said. "I don't expect it."

According to Daily Star, Ms Watt scheduled a private consultation with a dentist Oon July 14 to have four teeth taken out in mid-August, with the other four planned to be extracted a fortnight later in preparation for the dentures to be fitted.