The protocol was negotiated as part of Britain's divorce from the EU to avoid a hard border between Ireland and Northern Ireland by effectively keeping the province in the EU single market. 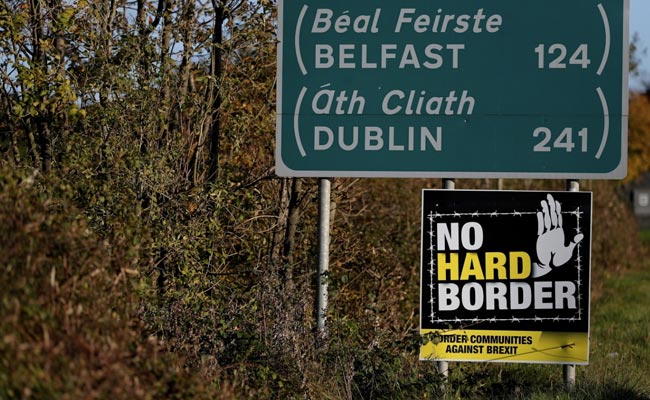 The European Commission's measures are expected to be presented on Wednesday.

Britain is set to ratchet up pressure on the EU this week to agree an overhaul of the post-Brexit deal on Northern Ireland, according to a draft speech released on Saturday.

Britain's Brexit minister David Frost will use a speech in Lisbon on Tuesday to say there must be "significant change" to the agreement, known as the Northern Ireland protocol, a day before the EU is expected to issue its own proposals to break the impasse.

The protocol was negotiated as part of Britain's divorce from the EU to avoid a hard border between Ireland and Northern Ireland by effectively keeping the province in the EU single market.

But it has caused an outcry among Northern Ireland's pro-UK unionists who argue the arrangement creates a trade border between Great Britain and the province, undermining its constitutional position in the union.

Among the most contentious side effects an EU ban on British sausages and chilled meats being imported into Northern Ireland -- dubbed the "sausage war" -- because of the UK's post-Brexit break with EU food hygiene laws.

Frost, who was Prime Minister Boris Johnson's chief Brexit negotiator in the run-up to Britain's departure, has spent much of his time in cabinet since trying to convince the EU to unravel the withdrawal agreement he was pivotal in delivering.

He will say any solutions from Brussels will have to move beyond simply resolving the sausage row, as the British press reported the EU was prepared to drop the ban.

The Times newspaper reported the European Commission will raise proposals for frictionless trade in "national identity goods" like sausages for communities in Northern Ireland on Wednesday.

Frost will reiterate the UK's desire to strip the European Court of Justice of its role governing the protocol, which he will say has "created a deep imbalance".

He will say "no one should be in any doubt about the seriousness of the situation" and warn once again that Britain will suspend the protocol if solutions are not forthcoming.

"The EU now needs to show ambition and willingness to tackle the fundamental issues at the heart of the protocol head on," the Brexit minister will say.