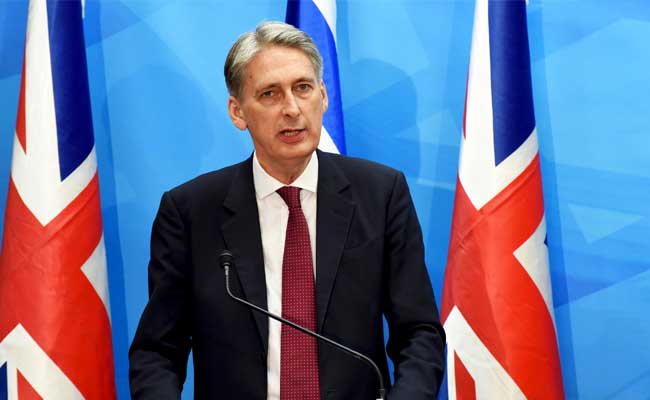 Dubai: Britain has begun construction work of its first permanent military base in the Middle East since 1971 in Bahrain that would allow the UK to work with its allies to reinforce stability in the Gulf and beyond amid security threats in the strategic region.

UK Foreign Secretary Philip Hammond and naval personnel attended a ceremony to mark the start of construction of HMS Juffair at Mina Salman Port in Bahrain, costing over 15 million pounds.

The establishment is being developed to support Royal Navy deployments in the Gulf through the creation of a permanent and improved base.

Mr Hammond said it showed the UK's commitment to the region. "The presence of the Royal Navy in Bahrain is guaranteed into the future, ensuring Britain's sustained presence east of Suez.

"The new facility will enable Britain to work with our allies to reinforce stability in the Gulf and beyond," Mr Hammond was quoted as saying by the BBC.

Bahrain has been criticised over allegations of serious human rights abuses, but Hammond said the UK was helping the Persian Gulf State to change.

He said: "Bahrain is not perfect by any means, but it at least knows what it has to do and it is taking steps to do it.

In some cases, he said, the state's authorities were "seeking our support to help them reform., for example, their police force, their judicial system, their prison service... to gradually improve the standards and bring it closer to what we would expect to see."

Bahrain has paid most of the 15 million pounds needed to build the base, with the British paying ongoing costs.

Mr Hammond, in a speech to a security summit in the country, said the UK had been late to recognise the need to tackle the extremist views behind terrorism.

Addressing the event in Manama, Mr Hammond said that countering Islamist extremism was "the great challenge of our time".

Britain moved its main regional naval base from Aden, the seaport in Yemen, to Bahrain on the Persian Gulf in 1967. The following year the government said it would close UK military bases east of the Suez canal by 1971.

Bahrain declared independence from Britain in 1971 and signed a new treaty of friendship with the UK. It also struck an agreement with the US that permitted it to maintain military and naval facilities in the kingdom.