UK heatwave: If implemented, it could cause widespread disruption to schools, travel, health services and even nuclear power plants. 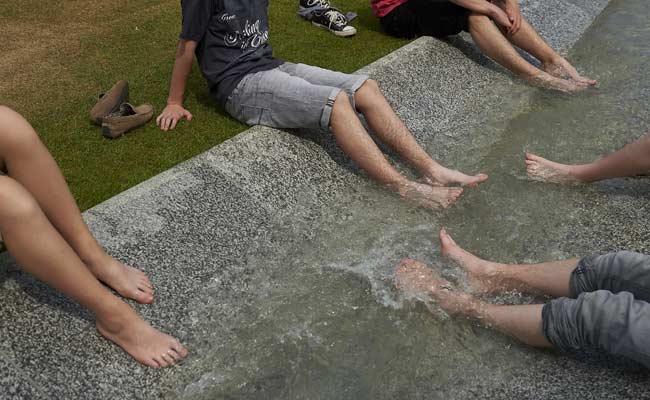 The temperature has soared close to 40 degrees Celsius in large parts of UK. (Representative Photo/AFP)

Senior government officials held a crucial meeting to declare the first-ever heatwave emergency in the United Kingdom (UK). The meeting was called on Monday as forecasters predicted that record for Britain's hottest day could be broken in the coming days, with temperature expected to soar past the 104 degrees Fahrenheit (40 degrees Celsius) mark for the first time, The Telegraph reported. If that happens, there will be a possible danger to life, the outlet further said, quoting weather officials in the UK.

The crisis Cobra meeting was held inside the Downing Street to determine if a "level four" national emergency is needed after the Met Office issued an amber weather warning for large parts of the UK, indicating steep rise in temperature.

Exceptionally high temperatures across parts of England and Wales, now updated to extend into Monday#heatwave

Such a warning has only ever been issued twice before, The Telegraph said in its report.

According to the UK Health Security Agency (UKHSA), a "level four" national emergency is declared when the hot weather is so extreme that "illness and death may occur among the fit and healthy" as well as vulnerable people.

If implemented, it could cause widespread disruption to schools, travel, health services and even nuclear power plants.

On Monday, the soaring temperature ignited timber beams in London, which caused the train tracks on a bridge to catch fire. According to Express, the incident occurred on the track between Wandsworth Road and London Victoria.