In a major blow to PM Theresa May's authority, lawmakersvoted through a debate to seize control of the business of the House away from the government 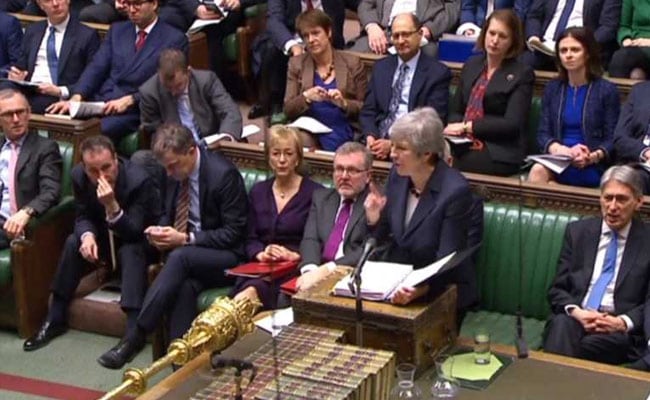 In a parliamentary first for the UK, lawmakers will take charge of the House of Commons business on Wednesday for a historic debate on the kind of Brexit that could command a majority to try and find a solution to the current deadlock over Britain's exit from the EU.

In a major blow to Prime Minister Theresa May's authority, lawmakers voted through the debate earlier this week to seize control of the business of the House away from the government and set a new precedent in order to weigh up alternatives to her twice-defeated EU divorce bill through a set of "indicative" non-binding votes.

May has vehemently declined to commit herself to backing any option thrown up as a result of such a vote as it could prove "undeliverable".

"I must confess that I am sceptical about such a process of indicative votes. When we have tried this kind of thing in the past, it has produced contradictory outcomes or no outcome at all... No government could give a blank cheque to commit to an outcome without knowing what it is," she told lawmakers

However, she is under mounting pressure from all sides of the House, with her own party demanding her resignation as a price for backing her withdrawal agreement and the Opposition Labour Party accusing her of failure by running down the Brexit clock to leave lawmakers with very little time to debate options.

In the current scenario, the Commons will be entering an uncharted territory Wednesday when it first debates a business motion put forward by former Conservative Party minister Oliver Letwin, who is being dubbed "Prime Minister for the day" as he is in-charge of setting the course for the debate.

As many as 16 options will be on the table for lawmakers to thrash out, including revoking Article 50 to reverse Brexit altogether, putting May's deal to the public for another referendum with an option to remain in the EU, and staying closely aligned with the European economic bloc's norms as part of a softer Brexit.

At the end of the debate, if the motion is passed by the Commons, Speaker John Bercow will whittle down all the options into an effective shortlist for lawmakers to vote on.

Such a vote, if it goes ahead, will itself set a new precedent by handing out ballot papers to lawmakers to mark their preferred choice in a ''Yes'' or ''No'' format rather than the usual way of registering their verbal votes with parliamentary clerks in the Commons Lobby.

The Speaker will announce the final count in favour of all options, expected any time after 2100 GMT (0230 IST).

While lawmakers have demanded a free vote in such a ballot, it remains to be seen if parties will whip their lawmakers to vote in a certain direction. There is fear of more Cabinet resignations if May attempts such a parliamentary whip.

"MPs should be free to vote as they see fit. This is bigger than all of us, bigger than the parties; it'\s country first," said former health minister Steve Brine, who resigned on Monday to back the motion that led to Wednesday's indicative votes move.

While the votes are being counted, the House of Commons has another important motion to debate on Wednesday, which is to formally change Brexit Day on its statute from March 29 to April 12.

The EU has given May until April 12 to propose a different way forward if her divorce bill does not clear the UK Parliament hurdle.