Indeed, after a nationwide search that involved copiously combing through binders full of women across corporate America, the company has come up short. There are no women left on its current shortlist, which is down to three CEO candidates, according to people familiar with the search who spoke on the condition of anonymity to discuss the matter freely. 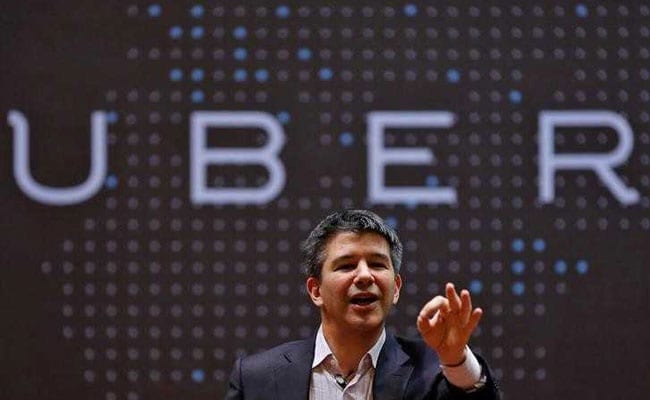 The hunt for a female CEO for Uber has been unfruitful after CEO Travis Kalanick's departure. (File)

San Francisco: A company trying to recover from allegations of rampant sexism might reasonably think that hiring a female chief executive would help it restore credibility with customers and - perhaps more importantly - with potential employees in a tight marketplace for talent.

But what if no women wanted the job?

That looks to be the case for Uber, the troubled ride-hailing company trying to replace deposed chief executive Travis Kalanick after a reign defined by highflying growth and a toxic brand of corporate machismo. In the wake of Kalanick's departure, a number of A-list female executives have made it clear they are not interested in the role.

Indeed, after a nationwide search that involved copiously combing through binders full of women across corporate America, the company has come up short. There are no women left on its current shortlist, which is down to three CEO candidates, according to people familiar with the search who spoke on the condition of anonymity to discuss the matter freely.

Facebook's chief operating officer, Sheryl Sandberg, was a top pick for the board, but she didn't want the job. Neither did Susan Wojcicki, chief of Google-owned YouTube. General Motors chief executive Mary Barra and EasyJet CEO Carolyn McCall, were reportedly approached, but did not pan out. Last week, HP chief executive Meg Whitman prominently took herself out of the running with a post on Twitter.

"Normally I do not comment on rumors," she tweeted, "but the speculation about my future and Uber has become a distraction."

While it's not yet known who will become Uber's next chief executive - the board expects to make a decision before Labor Day - the position is now likely to be filled by a white man, possibly one that hails from one of the most old-school of American industries. Outgoing GE chairman Jeffrey R. Immelt is among the top candidates, the people familiar with the search said. The names of the other two couldn't be learned.

In interviews, female executives and recruiters in Silicon Valley expressed frustration that Uber wasn't going to wind up with a woman at the helm after all -- and that the pickings were so slim to begin with.

"We are disappointed, of course," said Joelle Emerson, chief executive of Paradigm, a diversity consultancy for large tech companies and Silicon Valley start-ups. "It could have communicated a commitment on the company's part to having a more inclusive culture. Though certainly I don't think hiring a woman would have guaranteed that."

Workplace experts pointed to a phenomenon known to researchers as "the glass cliff," in which women are more often called into corporate leadership roles in times of crisis, and are therefore subject to more criticism if companies don't perform well. A 2013 review of CEO transitions in Fortune 500 companies over a 15-year period found that white women, as well as women and men of color, were more likely than white men to get promoted to CEO when firms were performing poorly.

"As much as I would love to see more women chief executives, too often women get the cleanup jobs, and I'd prefer to not always see women get the cleanup jobs," said Elizabeth Ames, senior vice president at the Anita Borg Institute for Women and Technology. She pointed to Marissa Mayer, who received outsized positive attention when she left her job as a Google executive to run Yahoo, and outsized negative attention when she failed to turn that company around. (It's unclear whether Mayer was asked to run Uber, despite her recent, oddly-timed praise of Kalanick's leadership).

Ellen Pao, who became CEO of the online discussion site Reddit during a time of tumult, was pushed out by angry Reddit users in 2015. Sheri McCoy is stepping down as CEO of Avon Products in response to activist investors. The CEO of food giant Mondolez, Irene Rosenfeld, is also resigning.

There is at least one example where such appointments turn out well. In 2008, Facebook chief operating officer Sheryl Sandberg was brought on to be the "adult in the room" alongside then-24-year-old Mark Zuckerberg, Emerson said. Today Sandberg is widely considered to be one of the world's most successful executives.

"There are serious challenges for women who step into these roles. Because there are so few of them, the spotlight is much brighter, and if they don't succeed, they aren't judged in the same way a male CEO who didn't succeed would be," said Ames. She noted that there are many male CEOs whose failures were far less publicized and less damaging to them.

The female executives and consultants in Silicon Valley who were interviewed by The Washington Post were careful to say they did not know the particular motivations of each woman who turned down the Uber role. They noted that men had also turned down the position and that aside from sexism there were plenty of good reasons to do so.

Indeed, some noted that the expectation to create a welcoming culture to women is only one of the daunting tasks facing the person who becomes Uber's next leader. The new CEO also must shore up the company's badly-bruised reputation among customers, employees and drivers in a competitive environment that looks a lot more challenging than it did a year ago.

The company came under fire this week after a Wall Street Journal report found that it was leasing unsafe vehicles to drivers in Singapore.

The company has had to scale down its global ambitions considerably. It was forced to retreat in Russia and China, where it was quashed by local rivals. Meanwhile, Uber's U.S. nemesis, Lyft, is gaining ground by exploiting Uber's scandals: Lyft ridership more than doubled in the last year.

Even as Uber grows revenue -- net revenue was $6.5 billion last year, the company told Bloomberg -- it is still hemorrhaging cash, to the tune of $2.8 billion dollars in 2016. The new CEO will have to cut down those costs dramatically if he - and it most surely will be a he - is to take the company public.

Many of Uber's costs come down to convincing drivers to work for the company, and those costs will be hard to cut given the rising clout of Lyft and a legal battle over whether one of Uber's employees took secrets from Waymo, the self-driving initiative owned by Google's parent company. A loss in this case could limit Uber's ability to build self - driving cars, a technology that Kalanick said was "existential" to the company's future because it would reduce the costs of paying drivers.

There are other ways Uber could make room for female leaders. Many executives have resigned over the past year, leaving the company without a chief financial officer, a chief operating officer, a chief marketing officer, a communications executive and other senior positions. One recent study found that companies with positive reputations had higher-than-average numbers of women in senior leadership roles.

Promoted
Listen to the latest songs, only on JioSaavn.com
Then there is also Kalanick himself, who remains on Uber's board with a large number of controlling shares despite stepping down as CEO. A new chief executive would have to contend with his complicating influence.