All three people aboard the jetliner died while the search continued for the third person, Boeing and Atlas said in a statement 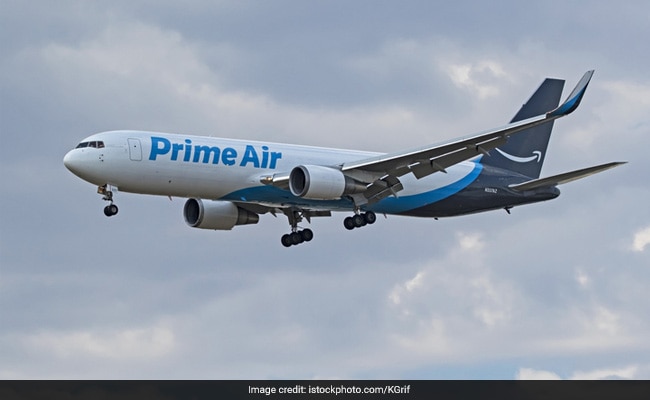 Two bodies have been recovered from the wreckage of an Amazon Prime Air cargo plane that nosedived into a bay outside Houston on Saturday, authorities said.

All three people aboard the Boeing 767 cargo jetliner operated by Atlas Air Worldwide died in the crash as it approached Houston's George Bush Intercontinental Airport, Atlas and Boeing Co said in statements on Sunday.

Chambers County Sheriff Brian Hawthorne told a Sunday afternoon press conference that two bodies had been recovered and the search continued for the third person.

US National Transportation Safety Board (NTSB) Chairman Robert Sumwalt said the agency obtained about five seconds of security video from a local jail that showed the crash.

"The aircraft is in the video as it's descending in a steep descent, a steep nose down attitude," Sumwault told the press briefing, adding that there was no distress call.

The plane crashed at the north end of Trinity Bay near the small city of Anahuac, about 32 km southeast of the airport around 12.40 p.m after taking off from Miami.

"This is a sad time for all of us," Bill Flynn, Atlas Air's chief executive officer, said in a statement. "Our team continues to work closely with the NTSB, the FAA and local authorities on the ground in Houston."

Atlas Air Worldwide has been operating Boeing 767 freighters on behalf of Amazon following a 2016 deal.

Boeing said in a statement that it had sent a team to provide technical assistance to the NTSB as it conducted its investigation.