Delta's SkyBonus program allows businesses to collect points when their employees travel with the airline that can be spent on flights and other airline perks. 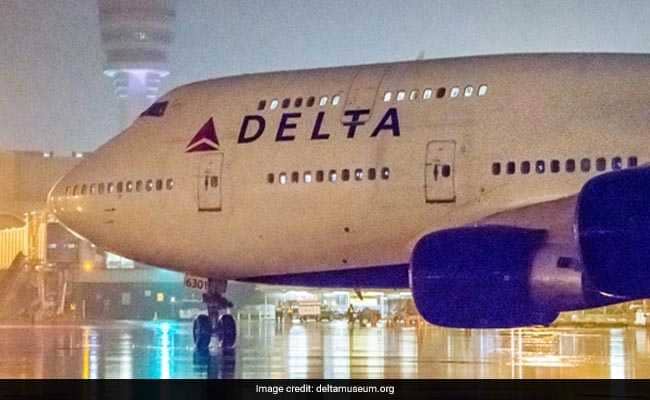 Gennady Podolsky is accused of scamming Delta out of 42 million reward miles.

Gennady Podolsky was heralded as a travel agent extraordinaire, known for getting his clients from point A to point B with more speed and ingenuity than your average operator.

A 2016 Wired profile described a man who used a "deep bag of tricks" to help clients in an array of predicaments: Nigerian chess players making a logistically challenging journey to Norway and one traveler who needed to get out of Azerbaijan, stat. In addition to his own travel savvy, he reportedly used proxies, private browsers and other digital methods to find the lowest possible fares for his clients.

"The rest of his methods are trade secrets," Wired's Zoe Mendelson wrote. When explaining those methods, "he smiles innocently and shrugs. 'We have to get very creative,' " he told Wired.

One of those creative methods, federal prosecutors allege, was fraudulently gaming the Delta SkyBonus miles program to reap millions of points and book tickets on behalf of his firm's clients, who prosecutors say are primarily individuals of Russian and Eastern European descent who were living abroad.

"Podolsky used his knowledge of the travel industry to take advantage of his travel agency clients," U.S. Attorney Byung Pak said in a statement. "Through his access, he allegedly took advantage of Delta Airlines corporate frequent flyer program, illegally reaping millions of SkyBonus points worth more than $1.75 million dollars."

On Thursday, the 43-year-old owner of Chicago-based Vega International Travel Services was arraigned in Atlanta on charges of wire fraud after being indicted by a grand jury. He pleaded not guilty and will be permitted to await trial at his residence in Chicago, assistant U.S. attorney John Ghose said.

Delta's SkyBonus program allows businesses to collect points when their employees travel with the airline that can be spent on flights and other airline perks. But there's an important caveat: The traveler must actually be an employee of the company to be eligible. Prosecutors say that Podolsky set up a SkyBonus account through a fertility center owned by a family member of Vega International Travel's president, then booked tickets for his clients using that account and fraudulently passed them off as employees of the fertility company.

Podolsky allegedly perpetrated the fraud between March 2014 and April 2105, and accrued and redeemed more than 42 million SkyBonus points, prosecutors say.

In a statement, Podolsky's lawyers denied that his actions were fraudulent or that Delta had suffered financial losses.

"Gennady Podolsky is a well-respected and highly-skilled travel advisor who has served a loyal clientele for many years," said Seth Kirschenbaum and Nicholas Lotito, of Davis, Zipperman, Kirschenbaum & Lotito, LLP.

Podolsky's conduct "was not fraudulent," they said. "Indeed, while the government says Delta is a victim, the evidence at trial will show Delta actually netted millions of dollars of profits from its relationship with Mr. Podolsky. The suggestion that Mr. Podolsky's conduct somehow disadvantaged his clients is equally unfounded."

In a statement, Delta Air Lines said, "We're happy to see any kind of fraud indicted and continue to work with the FBI and the District Attorney's office to make sure this case is prosecuted to its fullest extent."

A representative for Vega International Travel did not immediately return requests for comment.

Podolsky hails from Kyiv, Ukraine, and holds dual Ukrainian and American citizenship. He arrived in the United States at age 17 to attend Swarthmore College and opened his first travel agency a year later in 1993, Wired reported.