The president had long questioned America's multiple and seemingly interminable wars, but his withdrawal order came as a shock to Washington, upending years of doctrine in Syria. 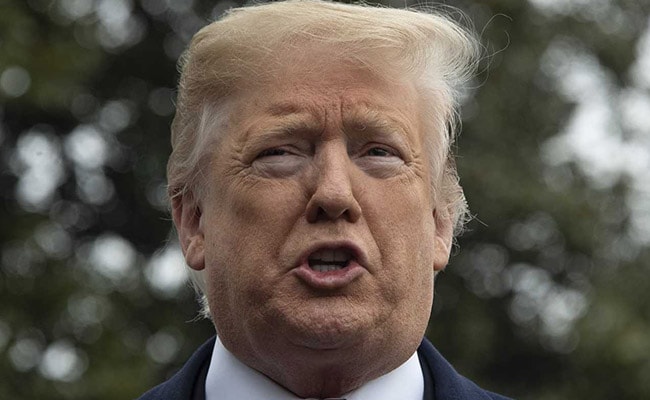 Donald Trump had said the ISIS had been defeated in Syria and said all US troops were "coming back now."

The top general overseeing US military actions in the Middle East said Tuesday that President Donald Trump did not consult him ahead of the decision to pull US troops from Syria.

Trump last month claimed the ISIS had been defeated in Syria and said all US troops were "coming back now."

The president had long questioned America's multiple and seemingly interminable wars, but his withdrawal order came as a shock to Washington, upending years of doctrine in Syria.

"I was not aware of the specific announcement. Certainly we were aware that he had expressed a desire and intent in the past to depart Syria," US Central Command head General Joseph Votel, who is retiring in the coming weeks, told the Senate Armed Services Committee.

"I was not consulted," he added.

The detail that Trump did not speak to Votel ahead of the momentous decision will likely fuel critics who say the president refuses to listen to experts and instead relies on his gut -- or even the counsel of foreign leaders.

Trump made his decision after a phone call with Turkish President Recep Tayyip Erdogan, who had said Istanbul would lead the fight against IS remnants in Syria.

Despite Trump's decision, America still has 2,000 or so troops in Syria and only non-essential gear has been pulled.

Votel said the US withdrawal from Syria would be cautious and deliberate, and noted that IS are still not beaten.

The jihadists retain control a pocket of about 20 square miles (50 square kilometers) in the Middle Euphrates River Valley in eastern Syria, according to Votel.

He said between 1,000 to 1,500 IS fighters remain in that area, though noted thousands more had "gone to ground" elsewhere in Syria.

Trump is in an ongoing feud with the US intelligence community, which last week warned IS can quickly rebuild into a cohesive force in any vacuum left in the war-torn country.