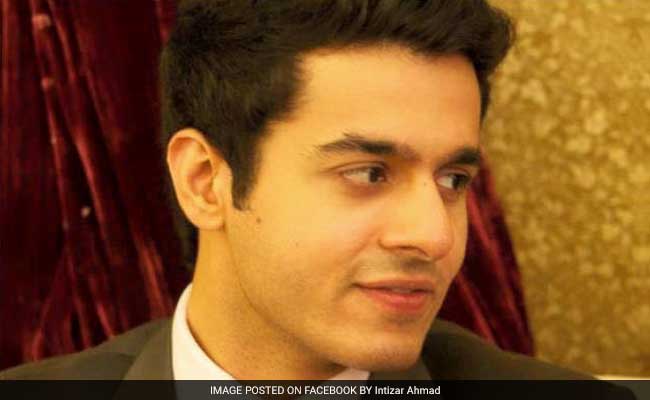 Awais Ali Shah was rescued on Tuesday after an intelligence based operation.

Karachi: Sindh High Court chief justice's son Awais Ali Shah, who was rescued from the clutches of Pakistani Taliban by the army in the restive northwest Khyber Pakhtunkhwa province, on Wednesday narrated his terrifying ordeal to police and said he was kept blindfolded throughout his abduction.

Mr Shah, who was rescued on Tuesday after an intelligence based operation at Tank district of Khyber Pakhtunkhwa, narrated the details of his ordeal to the police task force during a meeting at his home.

The joint team has to submit a report to the Supreme Court today.

Mr Shah, who is in his late 20s, was kidnapped in broad daylight from a parking lot outside a shopping centre in the upscale Clifton area on June 29 by four armed and masked men.

Mr Shah told the security officials that his abductors put a gun to his leg when he tried to resist them at the time of abduction. "One of them even threatened to kill me," Mr Shah was quoted as saying by the Dawn.

According to Mr Shah's statement, he was initially kept in Karachi by his abductors.

"I was kept blindfolded throughout the ordeal and was only allowed to remove the folds when I had to use the washroom," Mr Shah said.

He said that he was initially kept in Karachi by his abductors for at least 10 days as they could not leave the city due to the police and security operations in Karachi after his abduction.

He further said the captors used to communicate with each other in Pashto language.

Mr Shah said he was shifted to Sukkur after 10 days and after one day he was taken to Dera Ismail Khan from where his captors handed him over to another group.

Mr Shah said on the day of his release he was apparently being taken to the tribal areas via Tank with two of them flanking him on the rear seat.

The SHC Chief Justice Sajjad Ali Shah has credited the Pakistan army for the safe recovery of his son.

"All credit goes to the army," said the SHC judge.

Asked whether Mr Shah was kidnapped by terrorists to seek release of jailed terrorists, he said he had no idea which group had kidnapped his son.

"I am just thankful that my son is back safe and sound," he added.
Comments
Sindh High CourtAwais Ali Shah