On Time's June cover, Donald Trump is seen gazing into a mirror seeing reflection of himself dressed up as a King, with a jeweled crown and a fur robe. 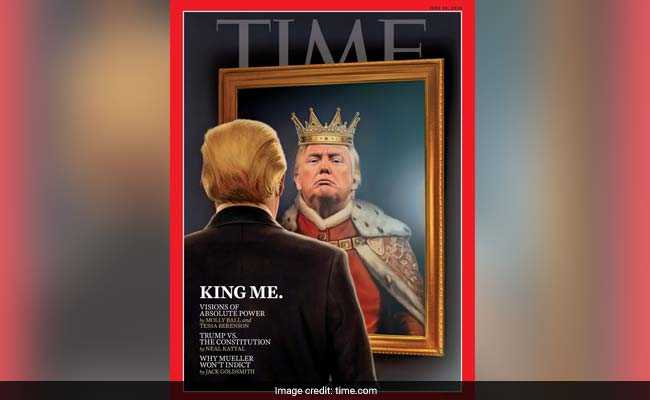 The TIME cover has been designed by Brooklyn-based artist Tim O'Brien.

The cover for the June 18 edition of the TIME Magazine is out and is once again dedicated to US President Donald Trump. On the cover, Mr Trump is seen gazing into a mirror and seeing his reflection dressed as a King, complete with a crown and a fur robe. The cover story is titled, "King Me - Visions of absolute power".

The cover is in reference to the political attacks launched by the White House on Robert Mueller, the special counsel investigating Russia's interference in the 2016 US presidential election.

Revealing the cover, TIME wrote on Twitter, "Donald Trump's campaign to discredit the Russia investigation may be working. It's also damaging American democracy."

The illustration is by Brooklyn-based artist Tim O'Brien, who has designed over two dozen TIME covers since 1989.

"This portrait of Trump gazing into a mirror and seeing a king gets to the heart of how he and his legal team have approached this past week and the past 500 days, actually," Mr O'Brien was quoted as saying by TIME Magazine.

Promoted
Listen to the latest songs, only on JioSaavn.com
In the January 2017 cover, the President was depicted facing rising water in the Oval office. 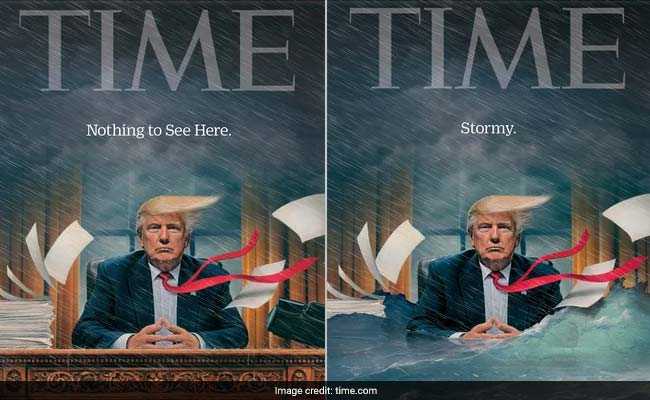 Donald Trump on cover of TIME in January 2017 edition. 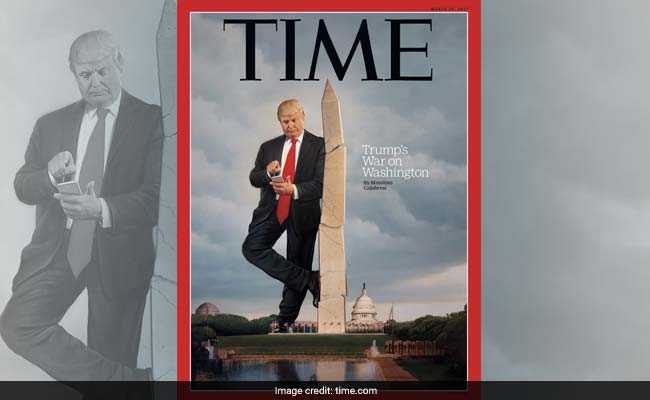