Defence Secretary Gavin Williamson was sacked following a probe into the leak of news that Britain had conditionally allowed China's Huawei to develop the UK 5G network. 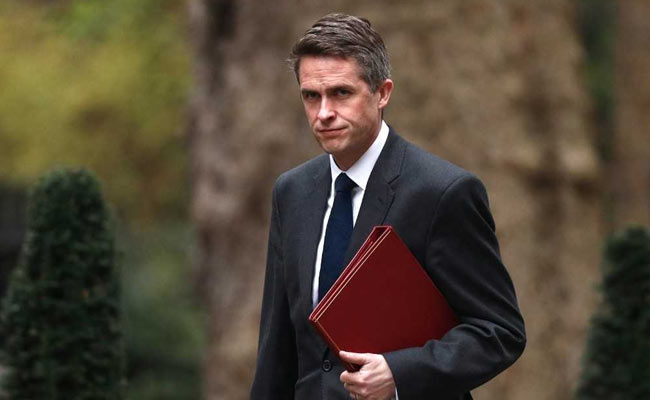 Theresa May in a letter to Gavin Williamson says the probe provides compelling evidence. (AFP)

British Prime Minister Theresa May on Wednesday sacked Defence Secretary Gavin Williamson following a probe into the leak of news that Britain had conditionally allowed China's Huawei to develop the UK 5G network.

"The Prime Minister has this evening asked Gavin Williamson to leave the government, having lost confidence in his ability to serve in the role of Defence Secretary and as a member of her Cabinet," said a spokeswoman from her Downing Street office.

May said in a letter to Williamson that the investigation "provides compelling evidence suggesting your responsibility for the unauthorised disclosure" from the April 23 meeting of the National Security Council.

"No other credible version of events to explain this leak has been identified," she added.

Britain's already splintered government was rocked by the scandal over who leaked news that May was to let Huawei develop Britain's 5G network.

The bitterly disputed decision was reportedly made at the April 23 meeting.

National Security Council discussions are only attended by senior ministers and security officials who first sign the Official Secrets Act that commits them to keep conversations private or risk prosecution.

But The Daily Telegraph newspaper reported that May approved granting Huawei permission to build up "non-core" elements of Britain's next-generation telecommunications network.

The United States is adamantly opposed to Huawei's involvement because of the firm's obligation under Chinese law to help its home government gather intelligence or provide other security services when required.

British media reported that Cabinet Secretary Mark Sedwill -- the country's most senior civil servant -- gave those present an ultimatum to deny responsibility for the leak.

Williamson was one of the first to do so, calling it "completely unacceptable".

(Except for the headline, this story has not been edited by NDTV staff and is published from a syndicated feed.)
Comments
Theresa MayDefence Secretary Gavin WilliamsonHuawei leak