Terrifying Preview Of 'The Big One', Giant Quake That May Hit California

The 10-episode series puts listeners at the center of an imagined catastrophe that isn't so imaginary. 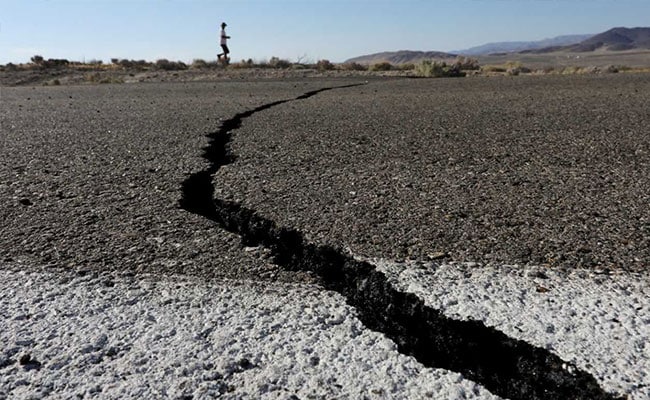 Los Angeles has a 31% chance within the next 30 years of experiencing earthquake. (Representational)

What if you experienced a magnitude-7.8 earthquake?

How would you get home?

What would you do once you did?

If you live in California, you may have to answer that question in your lifetime. Los Angeles has a 31% chance within the next 30 years of experiencing a magnitude-7.5 earthquake, according to the U.S. Geological Survey. Californians have been waiting for the quake they call "the big one" since 1906. That was when San Francisco experienced an estimated magnitude-7.9 temblor along the San Andreas fault, killing more than 3,000, injuring 225,000 and laying waste to much of the city.

So what might that earthquake look like today? "The Big One," a podcast from KPCC in Los Angeles, gives a terrifying preview of what it could be like if a magnitude-7.8 earthquake hits Southern California.

The 10-episode series puts listeners at the center of an imagined catastrophe that isn't so imaginary. It digs deep into the science of earthquakes and aftershocks, asks big and scary questions about the structural integrity of Los Angeles's tallest buildings, and goes over how you should prepare.

Then, it starts all over again - this time, imagining the sobering scenario with Angelenos who are actually prepared.

It would be easy to come away from "The Big One" with a migraine - or a panic attack. But Southern California Public Radio host Jacob Margolis delivers the frightening facts about earthquakes clearly and reassuringly, and every episode ends with actionable tips for listeners.

There are plenty of resources on the podcast's website, too, including a map that tells listeners whether they live along the fault.

And just because you don't live in Los Angeles doesn't mean you shouldn't listen.

If you're intrigued by natural disasters, science or just a well-told story, consider tuning in. After all, California isn't the only place where earthquakes happen - and "The Big One" illustrates how unprepared you might be for a disaster of any kind.