The even centimetre-long teeth were from an extinct species of predator known as the great jagged narrow-toothed shark. 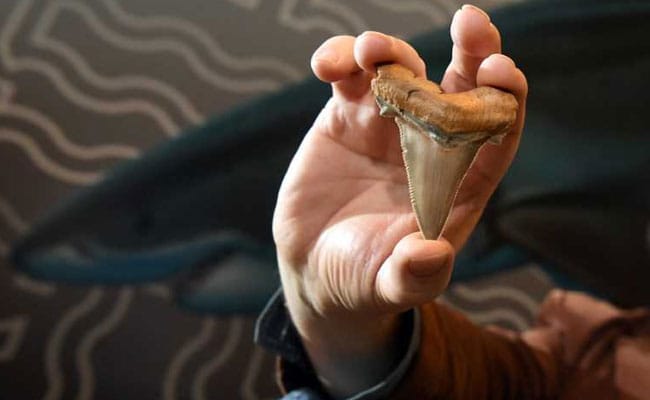 A rare set of teeth from a giant prehistoric mega-shark twice the size of the great white, have been found on an Australian beach by a keen-eyed amateur enthusiast, scientists said on Thursday.

Philip Mullaly was strolling along an area known as a fossil hotspot at Jan Juc, on the country's famous Great Ocean Road some 100 kilometres from Melbourne, when he made the find. "I was walking along the beach looking for fossils, turned and saw this shining glint in a boulder and saw a quarter of the tooth exposed," he said.

"I was immediately excited, it was just perfect and I knew it was an important find that needed to be shared with people."

He told Museums Victoria, and Erich Fitzgerald, senior curator of vertebrate palaeontology, confirmed the seven centimetre-long teeth were from an extinct species of predator known as the great jagged narrow-toothed shark (Carcharocles angustidens).

The shark, which stalked Australia's oceans around 25 million years ago, feasting on small whales and penguins, could grow more than nine metres long, almost twice the length of today's great white shark. 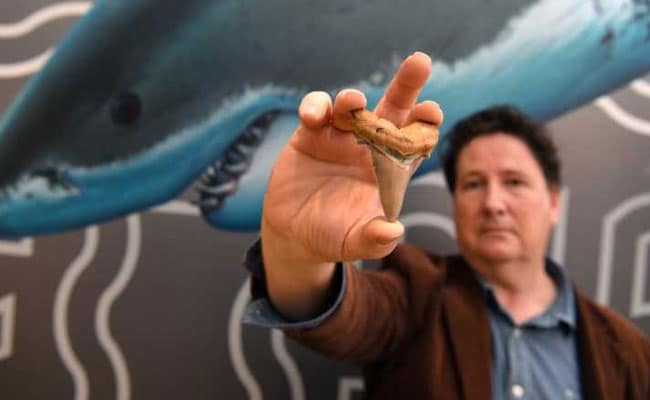 "These teeth are of international significance, as they represent one of just three associated groupings of Carcharocles angustidens teeth in the world, and the very first set to ever be discovered in Australia," Fitzgerald said.

He explained that almost all fossils of sharks worldwide were just single teeth, and it was extremely rare to find multiple associated teeth from the same shark.

This is because sharks, who have the ability to regrow teeth, lose up to a tooth a day and cartilage, the material a shark skeleton is made of, does not readily fossilise.

Fitzgerald suspected they came from one individual shark and there might be more entombed in the rock.

So he led a team of palaeontologists, volunteers, and Mullaly on two expeditions earlier this year to excavate the site, collecting more than 40 teeth in total.

Most came from the mega-shark, but several smaller teeth were also found from the sixgill shark (Hexanchus), which still exists today.

Museums Victoria palaeontologist Tim Ziegler said the sixgill teeth were from several different individuals and would have become dislodged as they scavenged on the carcass of the Carcharocles angustidens after it died. "The stench of blood and decaying flesh would have drawn scavengers from far around," he said.

"Sixgill sharks still exist off the Victorian coast today, where they live off the remains of whales and other animals. This find suggests they have performed that lifestyle here for tens of millions of years."