Teen Claims He Was A Boy Who Vanished In 2011. The FBI Says Otherwise.

Police in Newport said the man was not Timmothy Pitzen but Brian Michael Rini, from Medina, Ohio, whom they identified based on a DNA test. 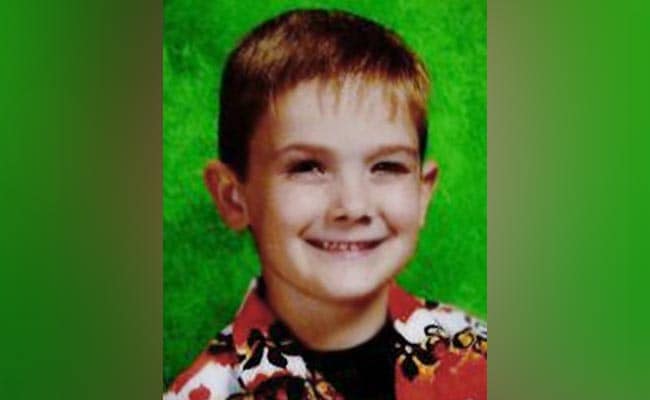 Timmothy Pitzen was last seen with his mother eight years ago

A man found on a street corner in Newport, Kentucky, this week who told authorities he was a child missing since 2011 was not the person he claimed to be, police said Thursday.

Police in Newport said the man was not Timmothy Pitzen but Brian Michael Rini, from Medina, Ohio, whom they identified based on a DNA test. He is 23 years old, not 14, the age Timmothy would be, Chief Thomas Collins told The Washington Post.

The disclosures marked a stunning turn of events. Rini had told authorities he was Timmothy, making a claim to a high-profile case that had attracted media attention from across the county. Even some members of Timmothy's family told reporters they were cautiously optimistic about the news before Rini was formally identified.

But that case will remain open.

"To be clear, law enforcement has not and will not forget Timmothy, and we hope to one day reunite him with his family," Timothy Beam, FBI supervisory special agent, said in a statement Thursday. "Unfortunately, that day will not be today."

Police said Rini was in custody as prosecutors weighed possible charges, such as falsely reporting an incident.

He appears to have a criminal record. He had recently been released from prison in Ohio after a more-than-year-long sentence stemming from convictions for burglary and vandalism, according to state prison records.

In May 2011, 6-year-old Timmothy was last seen leaving his elementary school in Aurora, Illinois, with his mother, Amy Fry-Pitzen.

Three days later, she was found dead in a motel room from an apparent suicide. The boy and his Spider-Man backpack were gone. The 43-year-old mother left behind several cryptic notes about her son's whereabouts and unanswered questions that have haunted family members and authorities with each passing year.

The Chicago Tribune reported that detectives from Aurora had left for Ohio on Wednesday, with the results of the DNA test they planned to conduct widely anticipated.

"We have no idea if this is Timmothy Pitzen," Aurora Police Sgt. Bill Rowley told the Tribune at the time. "We don't know if it's a hoax. Obviously, everyone's hopeful, but we have to be super judicious."

Timmothy's grandmother, Alana Anderson, had told reporters she was "cautiously optimistic" after the man had turned up.

"We never stopped looking for him. We are thinking about him, and we love him," she told Chicago's ABC affiliate on Wednesday. "We will do everything to get him back to a good life."

Alarm bells went off for Timmothy's father, Jim Pitzen, on May 11, 2011, when he went to pick up his giddy, gregarious 6-year-old son from Greenman Elementary School in Aurora, a suburb about 40 miles west of Chicago.

"Well, he's not here," Timmothy's teacher told Jim when he arrived at the school that afternoon, the father later recounted for MyStateline in 2017.

"What do you mean he's not here?" the father replied.

"Well, he got picked up around 8:10 or 8:15 in the morning," the teacher responded. Timmothy's mother, Amy, had taken her son from the school for a family emergency, Jim learned.

The couple were going through a trouble spot in their relationship. Amy had struggled with depression for a number of years, and she had survived at least one previous suicide attempt, according to "Crime Watch Daily," an investigative national television show. When Jim's calls kicked over to his wife's voice mail, he tried to put the situation in the best light.

"I'm like, 'OK, she's upset with me for some reason, she needs some time to calm down,' " Jim told "Crime Watch Daily." "I figured everything would be fine and we'd be one big happy family again."

When Amy didn't make contact with her husband the next day, Jim called police.

As "Crime Watch Daily" reported, security footage recovered by police would lay out Amy and Timmothy's wandering movements over the next days in snapshots: footage of the mother leading her son out of school by his hand on the day they disappeared; footage of the two at the nearby Brookfield Zoo, then 40 miles north at the KeyLime Cove resort in Gurnee, Ill.; footage of Amy and Timmothy 160 miles northwest checking into a Kalahari Resort in Wisconsin Dells, Wis.; footage of Amy 120 miles south in Rockford, Illinois, walking into a grocery store - alone.

On May 14, Amy was discovered dead in her room at a Rockford motel. She had slashed her wrists and also swallowed a fatal amount of antihistamines. Timmothy, however, was gone.

Amy left behind suicide notes: one in the room where she died, two others mailed to family and a friend. The notes said she had given her son away and that he would never be found, CBS Chicago reported.

"I've taken him somewhere safe," a portion of one of the notes read, according to "Crime Watch Daily." "He will be well cared for and he says that he loves you. Please know that there is nothing you could have said or done that would have changed my mind."

In the early days of the investigation, authorities learned Amy had taken two trips before her death to the area where she later killed herself. Police said the excursions may have indicated she had planned her son's disappearance in advance.

An inspection of her car also revealed the vehicle had recently been on unpaved roads. Searches, however, turned up nothing.

In 2013, Amy's phone was discovered on the side of a northern Illinois road. But data from the device did not point in any new directions.

"I always wonder what she told Timmothy," Jim told People in 2015. "Why hasn't he tried to call? We taught him how to dial 911. 'This is your number, this is your mom's number, you know where you live, your address,' all the stuff you do."

Over the years, Anderson said, the family has endured multiple false alarms about his return.

"There have been so many tips and sightings and what not," Timmothy's grandmother said.

Missing US boyFBIchild missing since 2011