Haqqani also said that the Taliban regime is seeking "good relations with the US and the international community." 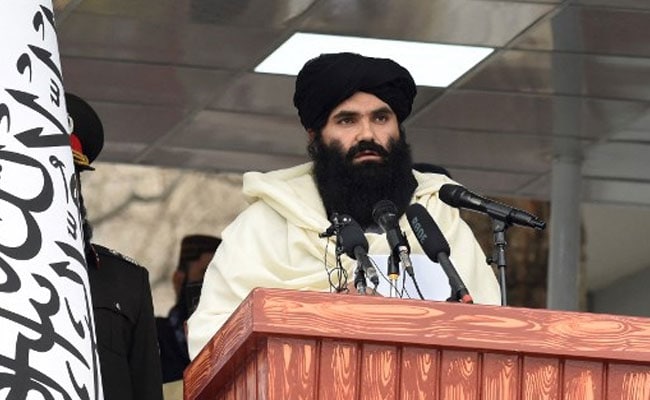 The Taliban have promised to “good news” on the return of girls to schools in the country. But those who protested the regime's restrictions on women rights should stay at home, the group's senior functionary has said.

While Sirajuddin made the comments with a laugh, the Taliban leader did explain what he meant by the phrase. "By saying naughty women, it was a joke referring to those naughty women who are controlled by some other sides to bring the current government into question."

In the same interview on Monday, the Taliban's co-deputy leader had promised that girls will soon be allowed to study in schools.

He argued that girls could already go to primary school. "Above that grade, the work is continuing on a mechanism" to allow girls to attend secondary school, he said in his first televised interview.

"Very soon you will hear very good news about this issue," Haqqani added.

The "mechanism", according to Haqqani, was linked to school dress codes, explaining that education should be based on Afghan "culture" and "Islamic rules and principles".

In a recent decree, the Taliban regime banned female students above grade six from participating in their classes. The girls were further told to stay home until the Islamic Emirate announces its next decision.

Haqqani also said that the Taliban regime is seeking "good relations with the US and the international community."

Responding to a question on whether his outfit still considers US as the enemy, said that they do not "look at them (US) as enemies" and are committed to the Doha agreement, and want relations with the US based on principles and diplomatic norms, according to Tolo News.

Taliban seized control of Afghanistan after the withdrawal of American forces in August last year.