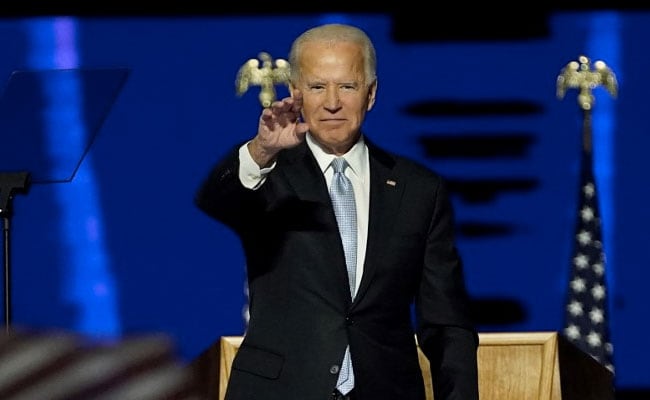 Joe Biden's election has caused some unease in Taiwan.

Taiwan hopes to continue its close cooperation with the United States, the island's de facto US ambassador told Antony Blinken, a longtime confidant of President-elect Joe Biden, as Taiwan moves to shore up ties with the new administration.

Hsiao Bi-khim, Taiwan's representative in Washington and close to Taiwan President Tsai Ing-wen, spoke to Blinken by telephone to convey Taiwan's congratulations to Biden, Hsiao said on Twitter on Saturday.

"Appreciated bipartisan support for US relations with Taiwan and hope to continue close cooperation with the US in coming years," she added.

Tsai met Blinken in 2015 at the State Department when he was deputy secretary of state and she was the presidential candidate for Taiwan's Democratic Progressive Party (DPP).

"It is thus clear that the government of the Democratic Party had a friendly attitude towards Taiwan," Tsai said in a DPP-issued statement on Wednesday.

With his decades of experience on Capitol Hill, at the White House and as the former No. 2 at the State Department, Blinken is widely seen in Washington as a natural fit to be Biden's national security adviser or a possible pick for secretary of state.

Biden, a Democrat, has not discussed what role Blinken will fill in the new administration.

Tensions over Taiwan have escalated dramatically since Republican Trump took office four years ago, with China mounting regular military drills near the island, including during visits earlier this year to Taipei by senior US officials.

Taiwanese officials are due in Washington this week for trade talks, and the island has expressed confidence these will continue under the new administration, pointing to bipartisan US support for Taiwan.