China Complains Against "Brutal" Eviction Of Tourists From Sweden Hotel

A man and his elderly parents tried to sleep in a Stockholm hotel lobby after arriving early for their reservation, but the hotel's employees refused to allow them, which created the controversy 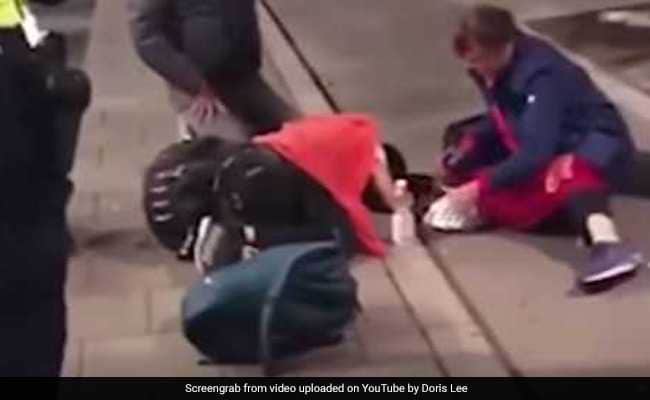 China has lodged a diplomatic complaint accusing Swedish police of treating Chinese tourists "brutally" after a family was roughly ejected from a Stockholm hotel, the foreign ministry said Monday.

The spat began earlier this month when the family of three -- a man and his elderly parents -- tried to sleep in a Stockholm hotel lobby after arriving early for their reservation, but the hotel's employees refused to allow them.

Widely-shared video footage shows a Chinese man being carried out of a building by two police officers as someone in the background yells in protest. An older Chinese woman is seen sat on the ground outside next to her luggage.

The family claim police left them in the cold at a cemetery several kilometres (miles) away from the hotel.

The incident escalated over the weekend, with both foreign ministries wading in.

His Swedish counterpart Patric Nilsson said Stockholm and Beijing are conducting a dialogue on "various aspects of our relationship".

Swedish authorities on Monday said there was no police wrongdoing, calling it an "ordinary police procedure".

The hotel's manager told Swedish daily Aftonbladet that the Zeng family had threatened staff, who then called the police.

"The rude treatment the foreign tourists got in a developed country that claimed to be civilised and a torchbearer of human rights is indeed shocking and unacceptable," it wrote in an editorial.

The spat comes after the Dalai Lama's visit to Sweden last week.

Seen as a thorn in China's side, the 83-year-old travels the world advocating peace and greater autonomy for Tibet.

Relations between Beijing and Stockholm have also been tense following the detention of publisher Gui Minhai, a Chinese-born Swede who vanished into Chinese custody in January under murky circumstances.

Asked if the recent escalation has to do with Gui's case, Geng said China's position on the case is "unchanged".

Social media has been split over the fracas, with some calling on the family to reflect on their actions.

"After the police arrived, as a fully-functioning person, how did you communicate that led to you and your elderly father getting carried out of the hotel?" wrote one user on the Twitter-like Weibo.