Soon after the MV Ever Given ship started to move, Suez Canal sprinted to the top trends on Twitter. 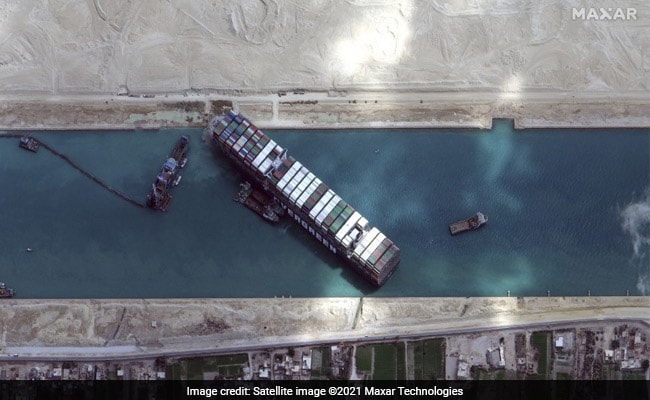 The huge container ship which has been blocking the Suez Canal for almost a week started to move today, according to maritime traffic tracking sites.

The MV Ever Given has been wedged diagonally across the canal since Tuesday. It affected world supply chains and costed the global economy billions.

The stern of the boat has now moved away from the canal's western bank, according to the Vesselfinder and myshiptracking sites, news agency AFP reported.

Twitter has been flooded with memes and reactions ever since the ship got stuck. Today was no different. Soon after the ship started to move, Suez Canal sprinted to the top trends on the social media website.

Topical references sure are fun. #SuezCanalpic.twitter.com/OLo0BxZ65g

Having failed miserably with the cat, they've now decided to give the dog a go! #Suez#SuezCrisis#SuezBlocked#SuezCanal#EverGreen#EverGivenpic.twitter.com/6krmFdXScW

Our future trade routes depending on the small crane trying to widen the #SuezCanalpic.twitter.com/K2b1YSLI0Q

Many even shared graphic videos explaining the crisis.

I received this animated illustration from a friend who lives in Singapore. He is an accountant & has a few maritime clients

Shared the video with my brother, who was a mariner, & asked him to provide his analysis of what happened with the #EverGiven in the #SuezCanal 1/n pic.twitter.com/0Sp8OZGOte

369 ships have been currently stalled as they wait for the canal to reopen, authorities said.

Each day of the blockade could be costing global trade some $6-10 billion, according to a study published Friday by German insurer Allianz.

Various countries have offered assistance to clear the blockade.