Stephen Hawking Doesn't Want Us To Contact Aliens. Here's Why 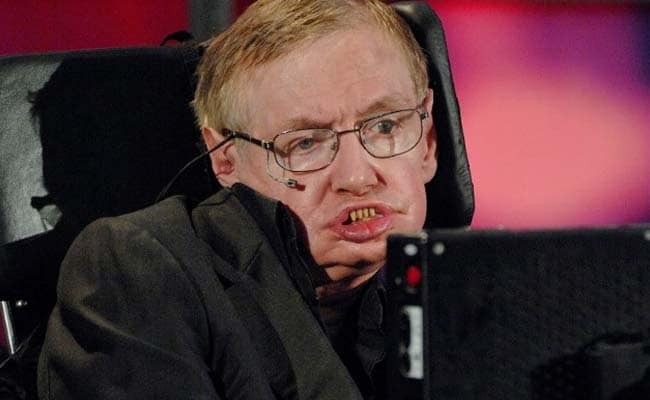 It is not the first time Stephen Hawking has warned about the prospect of hostile aliens.

London: British physicist Stephen Hawking has warned against announcing our presence to any alien civilisations, especially to those more technologically advanced than humans.

Our first contact from an advanced civilisation could be equivalent to when Native Americans first encountered Christopher Columbus and things "didn't turn out so well", Hawking said in a new online film.

The film, "Stephen Hawking's Favourite Places", takes viewers to five significant locations across the cosmos, on his spacecraft - the SS Hawking.

In the film, Hawking performs a hypothetical flyby of Gliese 832c, a potentially habitable exoplanet located 16 light years away.

"One day we might receive a signal from a planet like Gliese 832c, but we should be wary of answering back," he said.

"They will be vastly more powerful and may not see us as any more valuable than we see bacteria," Hawking warned.

"As I grow older I am more convinced than ever that we are not alone. After a lifetime of wondering, I am helping to lead a new global effort to find out," he was quoted as saying by 'The Guardian'.

It is not the first time Hawking has warned about the prospect of hostile aliens.

Promoted
Listen to the latest songs, only on JioSaavn.com
Launching the Breakthrough Listen project, which will scan the nearest million stars for signs of life, last year Hawking had suggested that any civilisation reading our messages could be billions of years ahead of humans.

"The Breakthrough Listen project will scan the nearest million stars for signs of life, but I know just the place to start looking," he said, in the film that appeared on the online platform CuriosityStream.