Just five days before parliament was due to reconvene, Maithripala Sirisena dissolved it and called snap elections for January 5. 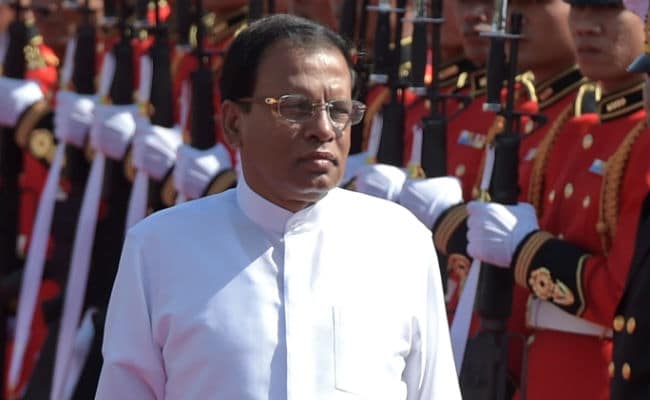 Sri Lanka's parliamentary Speaker Sunday accused President Maithripala Sirisena of "usurping" the rights of legislators and asked public servants not to carry out his "illegal orders".

Karu Jayasuriya in a hard-hitting statement said Sirisena's actions since October 26 to sack Prime Minister Ranil Wickremesinghe and dissolve parliament undermined the freedoms of the people.

"I have watched over the last two weeks as the executive branch has seized the rights and usurped the powers of members of parliament who were elected to represent the people.

"I call upon all public servants to refuse to execute any illegal orders they may receive, no matter from whom."

Sirisena triggered an unprecedented constitutional crisis on October 26 when he sacked Wickremesinghe and replaced him with former leader Mahinda Rajapakse.

Wickremesinghe insisted his dismissal was illegal and unconstitutional and refused to vacate the official residence of the premier.

Sirisena agreed thrice to reconvene parliament which he had suspended shortly after sacking Wickremesinghe to prevent him proving his majority on the floor of the House.

Just five days before parliament was due to reconvene, Sirisena dissolved it and called snap elections for January 5.

"Since the president has prevented parliament from ruling on the legitimacy of the president's actions, it will be up to the Supreme Court to determine the legality of these actions," Jayasuriya said.

He was concerned about claims by the "purported foreign minister" who said parliament was sacked because Jayasuriya was planning to prevent an address by the president when the House reconvened on Wednesday.

"I wish that the purported minister (Sarath Amunugama) had proposed a more honest and plausible excuse for the actions of his colleagues, that would have drawn less ridicule to our country on the world stage.

"Based on this fiction, several of his cohorts have openly threatened to send me to jail," Jayasuriya said, adding that he would gladly face any consequence for his actions to defend the rights of MPs.