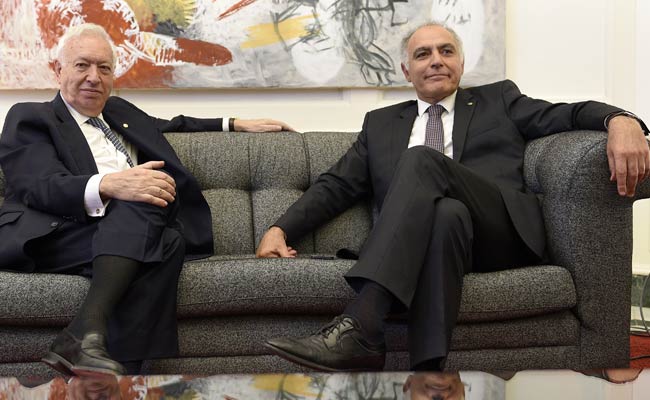 Jose Maria Garcia-Margallo said such a court could be used by nations like the United States, China and Israel that do not accept the jurisdiction of the Hague-based International Criminal Court (ICC).

He offered details at a meeting of foreign ministers and representatives from the 28 European Union member states and delegations from eight North Africa and Middle East nations of the southern rim of the Mediterranean in Barcelona that focused on how to tackle terrorism.

"The most simple idea would be to attribute competence (for such cases) to the International Criminal Court in The Hague, but very important nations do not accept its jurisdiction," the minister said.

Spain, a non-permanent member of the UN Security Council, plans to make a concrete proposal for the creation of the court when it takes over the rotating presidency of the body at the end of 2015.

Garcia-Margallo said the idea for the creation of such a court first arose after the assassination of King Alexander of Yugoslavia in 1934 in the French city of Marseille by Croatian nationalists.

Nineteen nations backed the call for the creation of the court but the project was derailed by the outbreak of the Second World War in 1939, he added.

Promoted
Listen to the latest songs, only on JioSaavn.com
Garcia-Margallo discussed the proposal with his Italian counterpart Paolo Gentiloni last week when he visited Spain.

"I think it is interesting... from a legal point of view that the international community study the possibility of creating a more specific instrument, beyond the ICC, which can't always intervene," Gentiloni said at the time.