"Sorry Not Enough": Parents Of British Teen Killed In Crash In Search Of Justice

Harry Dunn, 19, was killed Aug. 27 when his motorcycle was struck by a car that police say Anne Sacoolas, 42, was driving on the wrong side of the road. 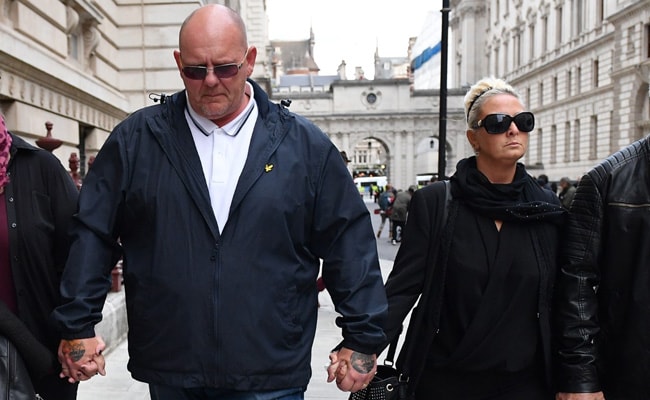 The parents of a British teenager killed in a crash that police say involved the wife of a U.S. government employee held an emotional news conference Monday in New York in which they appealed to President Donald Trump and pleaded for the woman to return to Britain.

Harry Dunn, 19, was killed Aug. 27 when his motorcycle was struck by a car that police say Anne Sacoolas, 42, was driving on the wrong side of the road. After the crash, Sacoolas claimed diplomatic immunity under international law, allowing her to avoid prosecution and return home to the United States - despite telling police she had no plans to do so.

Dunn's parents say Sacoolas should not have been allowed to return home and are seeking answers.

Dunn's mother, Charlotte Charles, said: "We just want to know that she's being brought back to the U.K. [United Kingdom]. That would be a huge step in the right direction. It's the only right thing to do. It's the only humane thing to do."

"We shouldn't be suffering like this. We promised Harry as a family when we lost him that night that we would make sure justice was done," Charles said.

"I would say to him - as a man, as a father, how could you let this happen? If you are a father and your child died, surely you'd want that person to own up and take responsibility," said Harry's father, Tim Dunn, referring to Trump.

The parents say that although they want justice for their son, they do not want to shatter another family by taking Sacoolas away from her children and are willing to be involved with helping to reduce any potential sentence handed against her.

"We spoke to the police right at the beginning. Knowing that she had children, we were going to work with them and ask that her sentence be reduced," Charles said.

Dunn's parents flew to the United States over the weekend in a bid to drum up more U.S. coverage for the case and to put more pressure on Trump to intervene.

In remarks last week, Trump called the incident a "terrible accident" and said driving on the wrong side of the road "happens." At the news conference, he was photographed holding "secret" briefing notes that stated Sacoolas would not return to Britain.

Dunn's parents had previously expressed hope that Trump would consider waiving diplomatic immunity so that Sacoolas can be held accountable in the British legal system. The U.S. Embassy noted in a statement that "immunity is rarely waived."

Over the weekend, the British Foreign Office said Sacoolas no longer has diplomatic immunity because she is not on British soil. According to British media reports, a letter to the Dunn family from Foreign Secretary Dominic Raab read: "The U.K. government's position is that immunity, and therefore any question of waiver, is no longer relevant in Mrs. Sacoolas' case, because she has returned home."

"The US have now informed us that they too consider that immunity is no longer pertinent," the letter continues.

An attorney for Sacoolas says she is "devastated by the tragic accident," which occurred near the Royal Air Force Croughton station, which is operated by the U.S. Air Force, and would like to meet with Harry's parents to offer an apology.

Reacting to the prospect of an apology from Sacoolas almost seven weeks after the fatal collision, Dunn's mother told Sky News: "Sorry just doesn't cut it. It's not really quite enough. I'm still very open to meeting her," she said, adding, "I can't promise what I would or wouldn't say, but I certainly wouldn't be aggressive."

Prime Minister Boris Johnson said last week that he hoped Sacoolas would return to Britain and "engage properly with the processes of law."

Dunn's death has sparked widespread outrage in Britain. In recent weeks, there has been fierce debate over the concept of diplomatic immunity, to whom it should apply and what it should cover.