Shehbaz Sharif took the oath on April 12 and his34-member Cabinet was sworn in a week later. 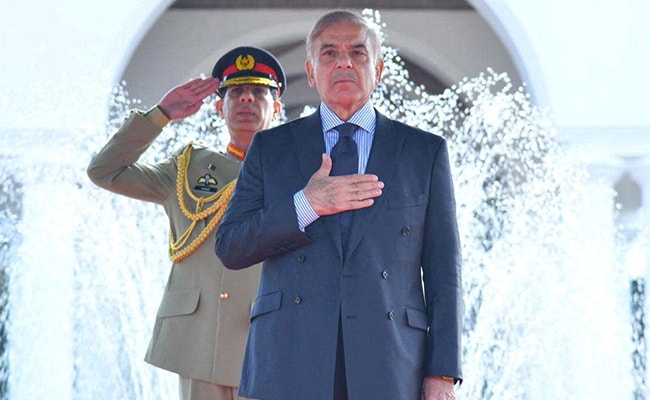 Internet has shredded Pakistan Muslim League (Nawaz) for sharing a list of achievements of Prime Minister Shehbaz Sharif in the first 10 days. Sharif is leading a multi-party coalition cabinet made up of political rivals who united to oust Imran Khan earlier this month.

In its tweet praising the “Khadim-e-Pakistan”, the PML(N) put out a “10-day summary” of the activities of the Prime Minister. These are: Resumption of work on the Orange Route of Metro Bus in Islamabad, stock-taking of the economic and energy crisis, reaching out to friendly countries including China, Turkey, Saudi Arabia, Qatar, Bahrain, UAE & UK and a visit to Diamer Bhasha Dam project to inspect pace of work.

A leader who believes in action. Here is a 10-day summary of the activities of Khadim e Pakistan Muhammad Shehbaz Sharif. pic.twitter.com/n0pr9gIdDS

A day-long visit to Karachi review of development needs of the city, the launch of orange route of Islamabad Metro Bus from Peshawar Morr to airport, formation of cabinet through consultative process, rejection of summary to increase petroleum prices, slashing of prices of sugar and flour and chairing of the first cabinet meeting are the other important things Sharif did in the first 10 day of taking over as the Prime Minister, according to PML(N) tweet.

The tweet was posted on Thursday and since then, has received more than 3,400 likes and 785 retweets. But a majority of users have mocked the ruling party for praising the work done by PM Sharif.

They want some solid work done for the country, which is in huge debt, warning that all this “fuss” will be in vain. “Otherwise this man will drown you all including Pakistan,” a user tweeted.

Another user slammed PML(N) post and called the Pakistan Prime Minister “Showbaz Sharif”. Some angry Twitter users even called the ruling party and its members “thieves”.

Sharif took the oath on April 12 and his 34-member Cabinet was sworn in a week later. These include 31 federal ministers and three ministers of state.

The PML(N) has got 13 ministries and nine ministries have been given to Pakistan People's Party (PPP) in the new government.