She Served $8 School Lunch To Teen Who Couldn't Pay. Then She Was Fired

Bonnie Kimball saw that a student's account was empty and let him keep his food, the New Hampshire Union Leader reported. She also asked him to have his mother add money to the account. 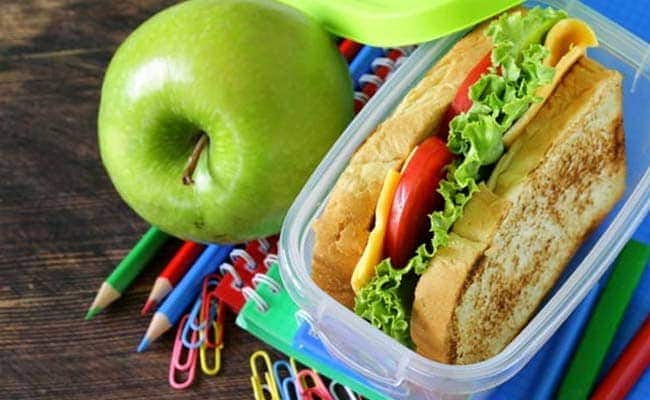 A cafeteria worker in Canaan, New Hampshire, was fired after a supervisor caught her violating her employer's policy. Her offense? Giving food worth $8 to a student with no money in his account.

Bonnie Kimball had worked for five years serving lunch to the teens at Mascoma Valley Regional High, who she called "another family," the Valley News reported.

The contract to provide lunch to the school's 326 students was expiring. A competitor was touring the facilities on March 28, and Kimball's employer had extra managers on hand.

Kimball saw that a student's account was empty and let him keep his food, the New Hampshire Union Leader reported. She also asked him to have his mother add money to the account. The next day, he paid his lunch bill. But later that day, Kimball was called in by a manager who had witnessed her act of leniency and fired, she told the paper.

"It was my life for five years. I went and I took care of another family," she told the Valley News. "You don't just lose a family member, be OK and move on."

Kimball said that she was following specific orders from her employer, Manchester, New Hampshire-based Cafe Services. In February, she told the Union Leader, her direct supervisor had instructed her to let students take food, even if they couldn't pay, and "discreetly tell them" to refill their accounts.

In an email to The Washington Post, the school district's superintendent, Amanda Isabelle, declined to comment on the employment decisions of Cafe Services, but wrote that "district policy is to make healthy nutritious school meals available to every child whether or not the child has sufficient funds to cover the cost of the meal."

The chair of the Mascoma Valley Regional School Board, Cookie Hebert, told the Union Leader that "it was her understanding" that students who can't pay should be given the lunch of the day and not a la carte items, which Kimball gave the boy March 28.

Earlier this week, the school board voted to renew Cafe Services's contract, the Union Leader reported.

Community members have rallied behind Kimball, with the Valley News reporting that two of her co-workers have resigned in protest.

In a letter to the editor of the Valley News, Donlon Wade, a student counselor for the Mascoma Valley Regional School District, hailed Kimball and her fellow "kitchen ladies" as "quiet heroes [who] have performed the daily ritual of cheerfully preparing and serving good meals to children in a poor district of great need."

In a written statement, Cafe Services told The Post that "the information as reported is untrue," but did not specify what previous reports had gotten wrong.

The contractor declined to comment on Kimball's firing, citing confidentiality concerns, but wrote, "As an organization we are acutely aware of the prevalence of food insecurity and take pride in being able to provide meals for those in need."

Christina Moodie, whose son attends the high school, told the Valley News she thinks Kimball should get her job back.

"These guys really took care of our kids. They put our kids first and their focus was really our kids," Moodie told the Valley News. "I know Bonnie went above and beyond for the kids."