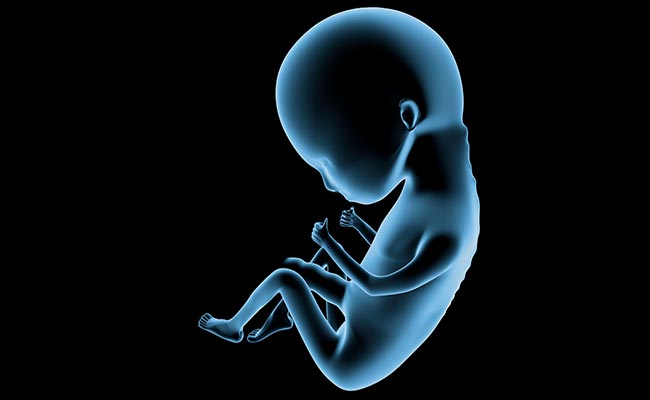 The work showed how the cells that will eventually form the human body self-organise into the basic structure of a post-implantation human embryo. (Representational image)

When scientists grow human embryos for lab research, they end their experiments at the 14-day mark. Until now, these internationally accepted guidelines (and the laws formed around them) have been largely self-regulating: The record for in-vitro gestation was just nine days, and most labs struggled to keep embryos alive longer then a week.

But now a pair of research teams from The Rockefeller University and the University of Cambridge have both kept embryos alive nearly twice as long. And since they had to terminate their experiments preemptively to avoid going past the 14-day line, there's no telling how long they could have watched the development of their cultured human embryos. The resulting studies - which have sweeping ethical implications - were published Wednesday in the journals Nature and Nature Cell Biology.

Using techniques previously developed by Cambridge University's Magdalena Zernicka-Goetz - a co-author on one of the two new studies - for work with mice embryos, the research teams were able to mimic the process of womb implantation within a petri dish, allowing embryos to continue growing and organizing their cells past the one week mark.

"This it the most enigmatic and mysterious stage of human development," Zernicka-Goetz told Reuters. "It is a time when the basic body shape is determined."

The 14 day embryo rule isn't totally arbitrary: It's based on the day-15 emergence of something called the "primitive streak," around which the symmetry of the human body begins to take shape. Before this point, an embryo can split into identical multiples - so the streak's appearance is considered a rough approximation for an embryo's identity as an individual, at least within the lab. But in a commentary on the new research published in Nature, experts argue that there's room for this rule to be reconsidered.

"The 14-day rule was never intended to be a bright line denoting the onset of moral status in human embryos," they wrote. "Rather, it is a public-policy tool designed to carve out a space for scientific inquiry and simultaneously show respect for the diverse views on human-embryo research."

The writers of the op-ed don't argue that the rule should be tossed out immediately now that it's possible for scientists to break it. In fact, they caution that changes to these laws could cause a moral outcry against important stem cell research and the development of better in-vitro fertilization techniques. Anti-abortion groups have already spoken out against the studies. But the commentary writers believe that the potential scientific achievements - allowing scientists to "study all aspects of early human development with unprecedented precision" - warrant discussion.

"Longer cultures could provide absolutely critical information for basic human biology," Zernicka-Goetz told Reuters. "But this would of course raise the next question - of where we should put the next limit."

In a statement given to the nonprofit Genetic News Expert Service, Center for Law and the Biosciences Director Henry Greely (who wasn't involved in the new studies) expressed skepticism over the scientific value of extending the limit.

"[I]f we do not use a 14 day rule, what limit will we use? Twelve weeks or so as in many European abortion laws? Viability (at around 23 weeks) as in U.S. abortion law? Human development is a seamless process, but ultimately lines need to be drawn even when - especially when - they do not naturally exist," Greely wrote. "I do not see a politically, or, for most people, morally acceptable line after 14 days. Given the questionable scientific value of the research, no case has been made for even revisiting the line, let alone changing it."

University of California's Peter Donovan, a professor of biological chemistry and developmental and cell biology who wasn't involved in the research, pointed out that the developmental period opened up by extending the 14 day limit has up until now "largely remained a black box."

"Perhaps we could begin to understand the consequences of fetal alcohol syndrome, study the potential causes of autism and find out why some environmental chemicals can affect development. Perhaps we might, for examples, be able to more quickly understand what the Zika virus does to embryos to cause major problems with brain development. There could be major benefits for society, but if the 14-day line is crossed then society has to fully understand the science and come to an informed decision about the use of the technology," Donovan wrote.