Scientists used radiocarbon dating to determine the ages of the sharks they had captured to find that most of the specimens predated nuclear bomb tests, which began in the 1950s. 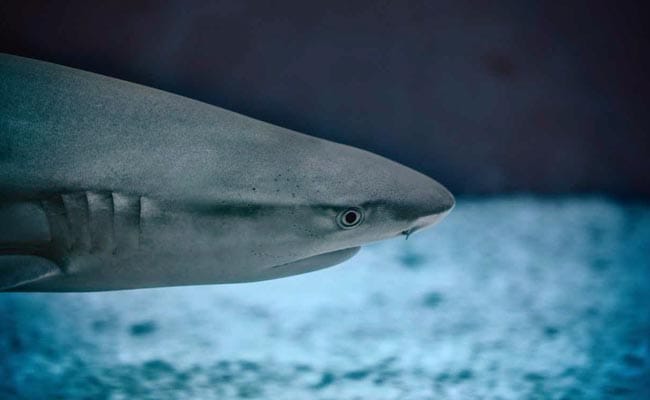 The exact age of the shark is hard to pin down. However, it does appear to grow very old.

Mother Nature is capable of some incredible things, but we have to credit humanity with the dubious feat of aging a shark 240 years in just 16 months.

"272-Year-Old Shark Is Longest-Lived Vertebrate on Earth" was National Geographic's headline in August 2016, after researchers estimated the age of a particularly long-in-the-tooth Greenland shark.

But for some reason, the shark's North Atlantic cousins, the British tabloids, dug up the same study this week and advanced the shark's age to 512 years - "meaning it was born before SHAKESPEARE," as the Sun explained.

Before long, Newsweek was getting in on the ancient shark frenzy, and Live Science was patiently trying to explain that, no, no known shark has been swimming around for half a millennium.

Probably, that shark isn't much older than the Taj Mahal.

We don't know a whole lot about the Greenland shark, which spends its days in deep, icy waters, eating fish and seals and occasionally a polar bear.

Inuit people named the shark "skalugsuak," Discover magazine once reported - a mythical beast that was said to live for centuries and destroy human flesh with its skin.

Which actually isn't far from the truth, as a team of researchers laid out in a paper published in Science last year.

The shark's meat is toxic if eaten, as fishermen have discovered when they tried to make the best of a skalugsuak tangled up in their net.

And while exact ages are hard to pin down, the shark does appear to grow very, very old.

The scientists had to use creative methods to estimate the ages of 28 Greenland sharks they'd captured.

They used radiocarbon dating to determine that most of the specimens predated nuclear bomb tests, which began in the 1950s. Then they extrapolated from the shark's extremely slow growth rate that the largest was likely just shy of four centuries old.

But given the margins of error, the shark could have been as young as 272 or as old as 512 - thus, the Daily Star's screaming headline about "Ancient LIVING shark born in 1500s."

It's still unclear why the newspapers started recycling the study this week, although of course we're now guilty of the same thing, as The Washington Post was among the outlets that covered the paper when it came out last year.

The Post even talked to a marine researcher not involved in the study, who was a little skeptical of age estimates but convinced that the shark was incredibly old regardless.

"The business of whether it's got another 100 years here or there," he told us, "is almost irrelevant."

But not to the headlines.

(This story has not been edited by NDTV staff and is auto-generated from a syndicated feed.)
Comments
Oldest shark512-Year-Old Shark