Saudi Aramco drone attacks: The attacks in Abqaiq and Khurais knocked down some 5.7 million barrels per day 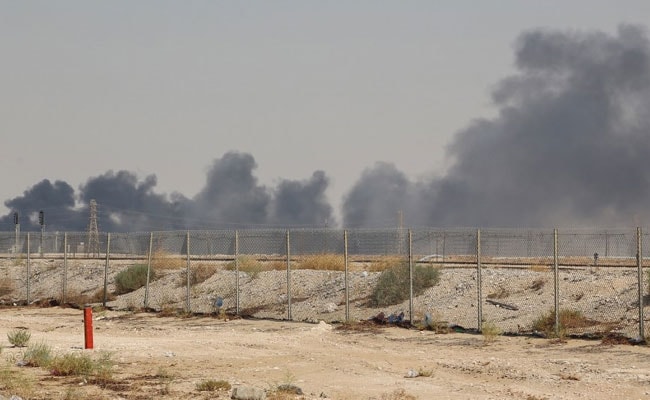 Saudi Arabia's return to its full oil supply capacity after Saturday's attacks on Aramco oil plants could take "weeks not days", a source close to the matter told Reuters on Sunday.

The attacks in Abqaiq and Khurais knocked down some 5.7 million barrels per day (bpd) of the kingdom's oil production and Saudi officials have not given a timeline for restoring full supply.

(Except for the headline, this story has not been edited by NDTV staff and is published from a syndicated feed.)
Comments
Saudi AramcoSaudi drone attacks