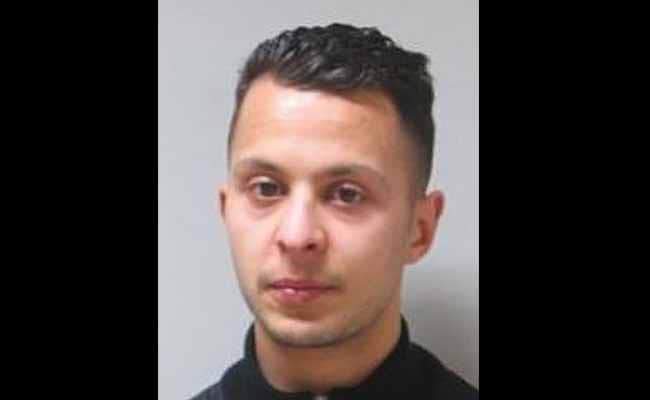 The teenagers described Salah Abdeslam as calm as they sat in the stairwell by the ninth floor of a highrise apartment block, smoking pot and eating food from McDonald's. (File Photo)

Paris: Several hours after the Paris attacks, three teenagers smoked pot and ate fries with a "normal guy" who turned out to be terrorist Salah Abdeslam, news reports said today.

Abdeslam is the only surviving member of the 10-man terrorist team that attacked a string of Paris bars and restaurants, a concert hall and the national stadium on November 13, leaving 130 dead.

After dropping off three suicide bombers at the stadium, Abdeslam abandoned his car in the Montmartre neighbourhood then headed for the rundown southern suburb of Chatillon, where he spent several hours with the youths.

They said he had a Belgian accent and introduced himself as Abdel.

"He seemed like a normal guy with nothing to do," a 17-year-old told L'Obs news weekly, which gave him the pseudonym Tom.

"We started talking, he was nice," Tom said, adding that the encounter began at around 1:00 am, half an hour after police stormed the Bataclan concert hall, where 90 people perished.

The teenagers, who also spoke to the all-news channel BFM TV, described Abdeslam as calm as they sat in the stairwell by the ninth floor of a high rise apartment block, sharing a few joints and eating takeout from a McDonald's near the building.

L'Obs said the spot was known as a rendezvous point for cannabis deals.

Abdeslam may have been wearing his suicide belt at the time, with one teen saying the down jacket he was wearing was "bulky" and "looked strange".

An unexploded suicide belt bearing Abdeslam's DNA was found in the area 10 days after the attacks.

"He told us his car had a wheel clamp and he had to wait for his cousins in Barbes to come for him," one of the boys told BFM TV, referring to a Paris neighbourhood with a large immigrant population.

"He told us he was going to marry his girlfriend soon, in a few months," he said.

Abdeslam also told the boys he was a tramway maintenance worker in Belgium.

As they chatted, the boys' smartphones began vibrating with reports of the attacks.

Abdeslam looked over the shoulder of one of the boys who was watching an amateur video of people escaping from the Bataclan.

"He didn't show any particular emotion. He looked at it, said it was sad. He seemed to realise what was happening," the youth said.

They left him in the stairwell at around 4:00 am, L'Obs said.

Two days later, the teenagers saw Abdeslam's face on television and went to the police.

The terrorist is thought to have left for Brussels at dawn with two Belgian accomplices who managed to get through several checkpoints along the way.

After four months on the run, Abdeslam was arrested on March 18 in Molenbeek, a Brussels neighbourhood notorious for being a hotbed of Islamic extremism where he grew up.

He was transferred to France to face terror charges on April 27.

Abdeslam has told investigators that he was supposed to blow himself up but changed his mind.

He refused to answer questions in his first interview with a French anti-terror judge on May 20.
Comments
Paris attackParis 13/11 attacksSalah AbdelslamSalah Abdeslam smoked pot