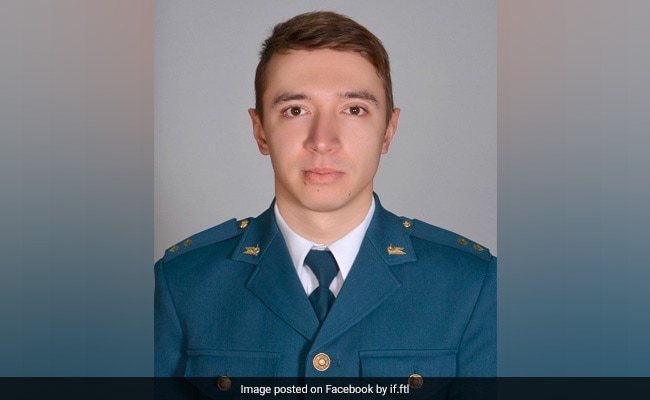 Captain Anton Lystopad was awarded the title of the best pilot of Ukraine's air force in 2019.

One of Ukraine's top fighter pilots has been killed in combat, according to a Facebook post by his former college in Ivano-Frankivsk in western part of the country. Captain Anton Lystopad was awarded the title of the best pilot of the Ukrainian air force in 2019, according to a report in Newsweek. Captain Lystopad is the latest soldier of Ukraine's armed forces to die in the war that has been going on for nearly six months over Russia's insistence to stop its neighbour from joining US-led military alliance.

Also Read | Putin Lashes Out At US Over Conflict In Ukraine, Taiwan

The post further said that Captain Lystopad studied at the lyceum from 2005 to 2008.

Just days before his death, the fighter pilot was honoured by Ukraine's President Volodymyr Zelensky with the prestigious award, the Order of Courage, 3rd class, for his "courage, bravery and professionalism", Newsweek said.

He had also led a contingent over Khreshchatyk as part of Ukraine's 30th anniversary celebrations in August last year.

The institute remembered Captain Lystopad as capable and "very persistent". It also said that he defended Ukraine "from the first minutes" of Russia's full-scale invasion of Ukraine.

Russia calls its invasion of Ukraine a "special military operation" to demilitarise its neighbour and protect Russian-speaking communities. Ukraine and Western backers accuse Moscow of waging an imperial-style war of conquest.

The conflict has caused millions to flee and killed thousands, and put major strain on relations between Moscow and the West.