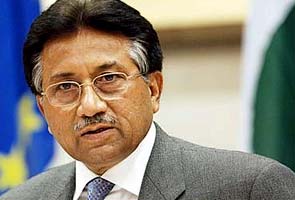 Washington: Calling Pakistani intelligence's failure to detect Osama bin Laden's presence in Abbottabad a ''massive slip-up,'' ex-President Pervez Musharraf has admitted that ''rogue'' members of ISI and military may have helped the Al Qaeda chief hide in plain sight in the garrison city.

Musharraf, who lives in Britain in self-exile, said the "rogue" lower-level members of the powerful ISI and military might have known about bin Laden's location during the last year of his Presidency six years ago.

"It's really appalling that he was there and nobody knew. I'm certainly appalled that I didn't know and that intelligence people from that time onward didn't know for six years that he was inside.

"And there is no excuse for this great, massive slip-up. And an investigation is in order and people must be punished for this big lapse," Musharraf told ABC News.

As a policy, the army and ISI are fighting terrorism and extremism, including Al Qaeda and Taliban, he said. "But rogue element within is a possibility," he said.

According to the former President, there were three attachment commanders in Abbottabad in the past six years and he could not imagine all three knowing and harbouring bin Laden.

"The possibility as I said, at the lower level, somebody following a policy of his own and violating the policy from above, is a possibility," he was quoted as saying.

Regardless of who knew what, according to Musharraf, was the fact that the US raid was a possible violation of Pakistan's sovereignty and that there was never a deal struck during his tenure to allow the US to make a unilateral attack on Pakistan's soil if bin Laden was found.

Promoted
Listen to the latest songs, only on JioSaavn.com
While calling the Al Qaeda chief's six-year residence in Abbottabad a "big blunder" on the part of Pakistani intelligence, Musharraf warned the United States that if it continues to alienate Pakistan as it did in the bin Laden raid, the US will be the "loser."

"You want to alienate Pakistan, you will be a loser," he was quoted as saying.