Mr Mugabe died in Singapore last week aged 95, leaving Zimbabweans torn over the legacy of a leader once lauded as an anti-colonial guerrilla hero. 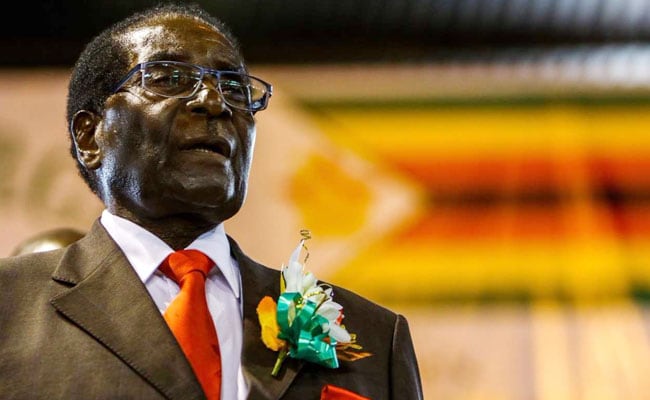 The family of former Zimbabwe leader Robert Mugabe have agreed to bury him at a monument for national heroes in Harare, a family spokesman said on Friday though the date for the ceremony was still unclear.

Mr Mugabe died in Singapore last week aged 95, leaving Zimbabweans torn over the legacy of a leader once lauded as an anti-colonial guerrilla hero, but whose 37-year iron-fisted rule ended in a coup in 2017.

His family and President Emmerson Mnangagwa, a former Mugabe ally who turned against him, had been at odds over where he would be buried after his body returned home on Wednesday.

"Yes I can confirm," Leo Mugabe told reporters when asked whether the family had agreed to a burial in National Heroes Acre in Harare.

He said the traditional chiefs in Mugabe's homestead had made that decision.

"They have now pronounced their position so if they have pronounced that the burial will be at the Heroes Acre that means that we now have to wait for the details... whether it will be a private burial or a public one."

Tensions erupted after Mnangagwa's government proposed a burial at the National Heroes Acre in Harare while the family said he would be buried at a private ceremony, possibly in his homestead of Kutama, northwest of the capital.

The former leader had been travelling to Singapore regularly for medical treatment but allies say his health deteriorated rapidly after his ouster. Mugabe's body arrived from Singapore on Wednesday at Harare airport.